“We digitally shaved the pita bread’s ballsack,” Seth told Howard. Trimming that character’s pubes down proved good enough for the MPAA, and the movie was given the R rating that Rogen wanted.

Perhaps an even bigger challenge that Seth faced, though, was getting the movie made in the first place. After he and his writing partner Evan Goldberg finished the script and tried selling it to major studios, the twosome heard nothing but “no.” It wasn’t until Megan Ellison, daughter of billionaire Oracle chairman Larry Ellison, decided to take a chance on “Sausage Party” that the project got off the ground.

“Her thing is that she kind of takes movies that no one else wants to make and then makes them,” Seth said of Ellison, whose production company Annapurna Pictures has primarily stuck to backing high-caliber films that eventually rake in Oscar noms, like “American Hustle,” “Zero Dark Thirty,” and “Foxcatcher.” She believed in “Sausage Party” enough to put up part of the money needed to make it, which reduced the financial risk for eventual partner Sony Pictures.

If JD Harmeyer is to be believed, Seth has yet another monster hit on his hands. The Stern Show staffer saw “Sausage Party” last week and gave his review of the film during Seth’s appearance Monday morning. 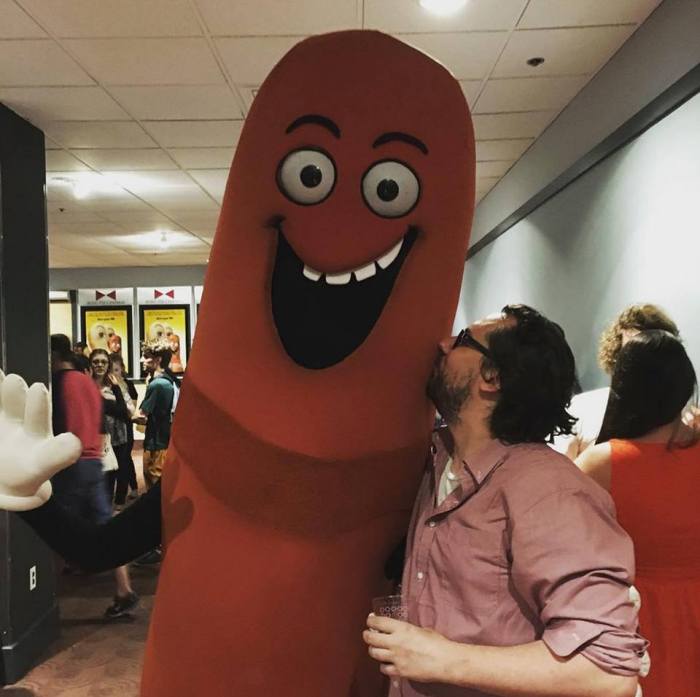