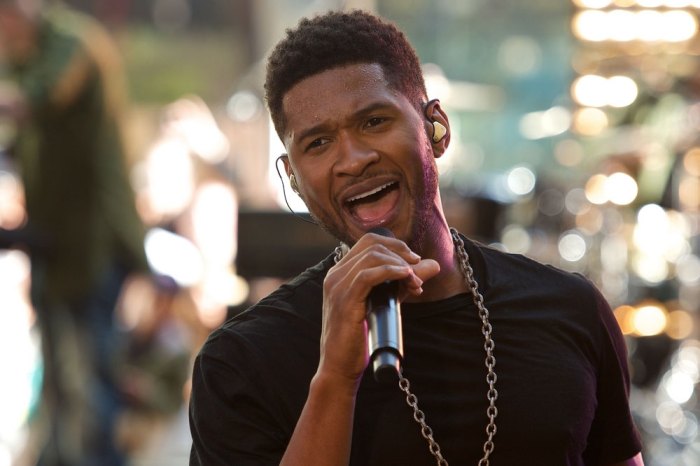 On Monday morning, Howard welcomes the one and only Usher onto the Stern Show for the first time. The musician, movie star, and sit-up enthusiast (clearly) is starring in the new movie “Hands of Stone,” playing champion boxer Sugar Ray Leonard.

Landing a hit is nothing new to Usher, however. For over two decades, he’s been dominating the recording industry, racking up a total of 47 weeks atop the Billboard Hot 100 chart with his nine No. 1 singles:

Tune in Monday morning to hear Howard’s interview with the uber talented Usher, and see “Hands of Stone,” in theaters Friday, Aug. 26.