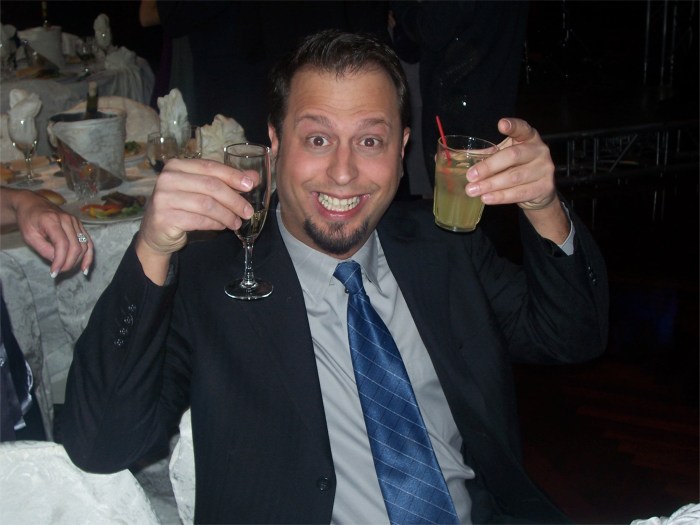 If the past month-and-a-half has been any indication, Sal Governale’s alcohol consumption may be spiraling out of control.

During a recent comedy show in Long Island featuring a few of the Stern Show staffers, Sal got so belligerently drunk that he nearly ruined that entire event, much to the embarrassment of his wife and fellow performers.

“I’m a little worried that he’s blacking out,” Brent Hatley, who sat in the audience that night, told Howard.

Sal insisted he has been keeping a promise to his wife over the past three years to curb his drinking and was on his “own personal wagon,” but he said that night simply got a little out of control.

Luckily, Sal was mic’d up for the entire evening. “We have tape of everything, Howard,” Will Murray said, explaining that “the word was that Ronnie literally wanted to kill him.”

Howard brought a number of staffers who were present that night into the studio to get their take on the tumultuous evening. 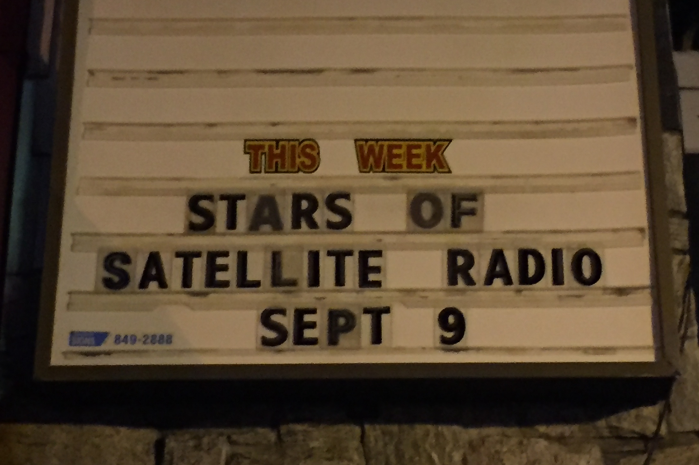 Ronnie Mund was furious that Sal was falling all over the place and crashing into people in between reportedly saying some things he shouldn’t have been saying.

“I was having major anxiety that night from him being drunk onstage,” JD Harmeyer added.

Somehow, Sal even managed to convince the club owner to settle up with him at the end of the night for everyone’s pay and, in the process of dividing up the cash, he shorted Shuli Egar 50 percent of what he was owed.

“The whole show was a nightmare for me,” Shuli, a veteran standup comedian in his own right, told Howard.

Forgetting he had already been paid, Sal later called the club owner and wondered when he was going to pay up. The whole situation ended the next day with Sal taking back the money he had already paid out to other performers so that he could redistribute it. 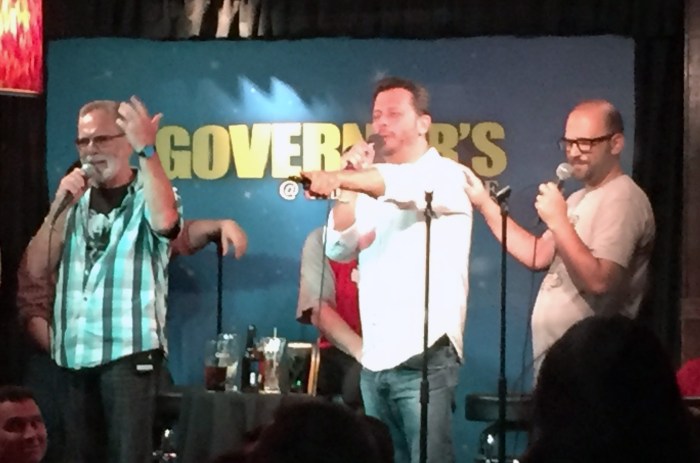 This wasn’t the only recent time Sal had fallen off his own personal wagon, either. During a staff party at a Mexican restaurant, Will Murray reported that Sal continued pounding back margaritas and beers to the point where he ended up blacking out, possibly throwing up, and still isn’t sure how he got home.

Howard suspected that Sal must have ended up partaking in his favorite pastime: the jerk-off booths by the train station!

Sal didn’t seem to think it was totally out of the realm of possibility for him, but he figured it was unlikely because the booths by Penn Station had closed down. The former stockbroker did cop to one shocking story, though:

“One time at a Christmas party we were waiting for a train and my wife passed out in the waiting room. I ran over the the booths,” Sal recalled. “It’s the worst thing I ever did,” he admitted.

This was about 14 years ago and the train was 20 minutes away, Sal remembered. “My wife is snoring like a goat and I’m like, ‘You know what? I have to toss one off.'”

Despite everyone else’s disgust, Sal was absolutely shameless in his love of the jerk-off booths, which he discovered at the age of 14 and hasn’t been able to stay away from since.

Official List: Howard Reveals Which Wack Packers Are Invited to ‘The Gathering of the Stupid’