Norm Macdonald returns ahead of the release of his new book, "Based on a True Story" 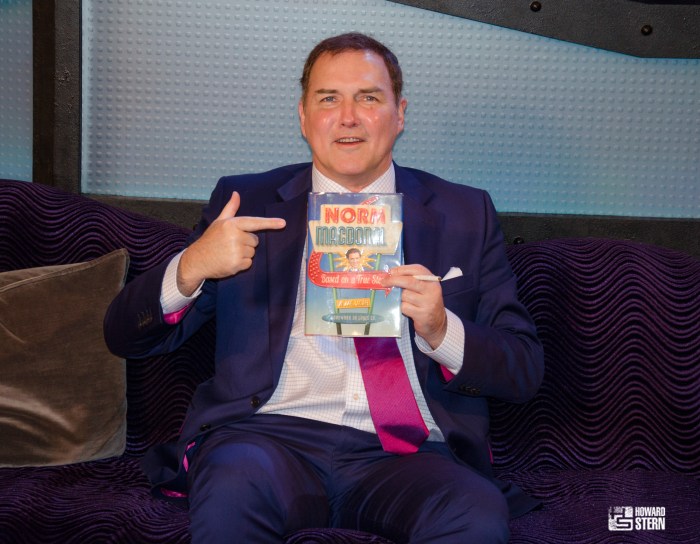 Howard gave the endearingly unintelligible Leon Spinks the honor of announcing who would be on the show Monday morning and, when Robin couldn’t figure out who it was, Howard played Marfan Mike’s slightly more coherent announcement for today’s guest: Norm Macdonald!

Norm’s highly anticipated new memoir, “Based on a True Story,” is set to be released Tuesday, Sept. 20 and Howard was excited to bring the renowned actor, comedian, and writer back into the studio once again.