Plus, actress discusses the underwear dance she got from her “Deepwater Horizon” co-star Mark Wahlberg

Kate Hudson dropped by the Stern Show on Wednesday morning and opened up to Howard in an interview that covered her family, her fame, and the type of guy she’s looking to date now.

Here are the highlights from Ms. Hudson’s first (official) visit: 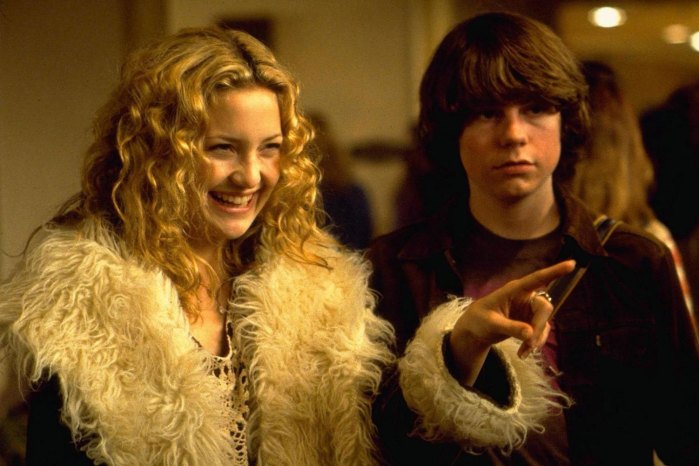 The role that turned Kate into a household name overnight was as Penny Lane in 2000’s “Almost Famous.” That part didn’t come easy, though – she told Howard she auditioned four times before she was finally cast.

“I was shooting in Ireland, another film at the time, and I kept flying back and forth to audition,” Kate explained. “I’ll never forget that phone call, when I got the part.”

The phone call almost never came, as director Cameron Crowe initially wanted her to play a different role in his film, the rebellious sister Anita.

“Cameron didn’t want me to audition [for Penny Lane] because he just saw me as the sister,” Kate told Howard. But changes happened. Kate got the part she wanted, Zooey Deschanel ended up being cast as the sister, and the film’s original stars Brad Pitt and Sarah Polley both dropped out.

“Almost Famous” went on to be nominated for four Academy Awards, including a Best Supporting Actress Oscar nod for Kate. “Everybody kept telling me I was going to win,” Kate told Howard. “I didn’t buy into it.”

She didn’t even write an acceptance speech. Her instincts were unfortunately accurate, as Marcia Gay Harden won the award for her performance in “Pollock.” But Kate knows that wasn’t her one and only shot and said she would love to be nominated again.

“It would be a great, amazing moment, if it ever happens,” she said. “I might not win an Oscar for acting. It could be something else.”

Fans know that Kate can act but many are surprised to learn of her musical talents.

“I am a musician,” Kate told Howard on Wednesday, adding that she sings and plays the piano. “I feel like a musician but, I just don’t do it for a living.”

Howard asked Kate about falling in love with musicians in the past – she was married to Chris Robinson of the Black Crowes and dated Muse frontman Matthew Bellamy.

“I like music people,” she explained. “I’m more attracted to musicianship.”

Watch the video (above) of Kate Hudson performing “Nothing Compares 2 U” at a charity event.

Kate Gets a Prank Call 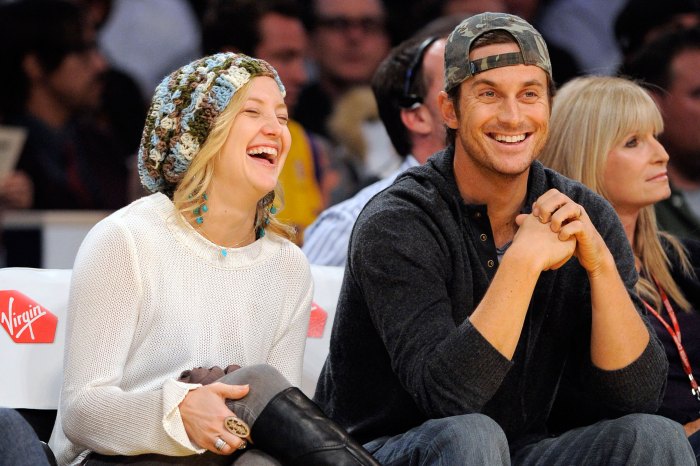 It didn’t take long for Kate to catch the acting bug, telling Howard that growing up she was “a ham” who gravitates towards the spotlight whenever she could. Having famous parents Goldie Hawn and Kurt Russell certainly didn’t help diminish her dreams of stardom, either, and her mom and dad never tried to steer her away from becoming an actor.

Her brother Oliver is also an actor as well as a prank phone artist. He called into the Stern Show during Kate’s interview, posing at first as her former co-star Daniel Day-Lewis. It didn’t take long for Kate to realize it was him.

“He’s been wanting me to do this show for so long,” Kate said. She and Oliver revealed that they both go to the same therapist, which Howard found odd.

“He’s helped my relationship with Kate a ton,” Oliver explained. “Sometimes I’m afraid to express how I feel about her in certain instances because she’s a tough gal.”

Oliver continued: “It’s important as a brother and a sister and family to really say what you feel and he’s allowed me to do that with Kate so he’s actually helped our relationship”

Hollywood Women and ‘The Limbo’ Age

A scroll through Kate Hudson’s IMDB page shows just how many romantic comedies she’s been in, although Kate thinks some of her starring roles get considered rom-coms even when they’re not.

“I’m female so any comedy you do is called a romantic comedy, even if it’s not,” she said. But she’s in no way discrediting the romantic comedy genre. “I kind of love them … I feel like I’ve been pretty lucky and I’ve worked with some great people,” she told Howard.

Now 37, Kate admitted that she’s nearing an age in Hollywood where female actors face an issue their male counterparts don’t.

“I don’t want to get old and still be wondering what my next acting job is,” Kate said. “There’s a good 15-year period as a woman where they don’t know where to put you.”

She and Howard zeroed in on the “limbo area” where actresses rarely get work in the entertainment industry.

She’s been a movie star through and through, but Kate isn’t ruling out TV.

“Television’s done great things for actors,” she said, telling Howard she’s already ventured into work on the small screen – she and Kurt Russell are currently developing the series “Barbary Coast,” directed and co-written by Mel Gibson.

An Underwear Dance From Mark Wahlberg 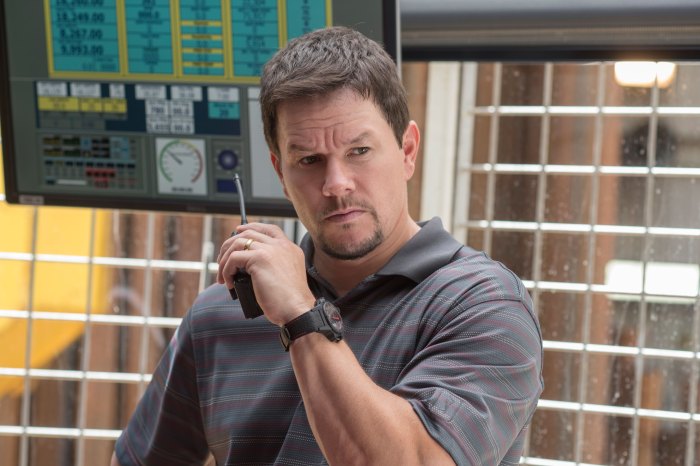 It’s been nearly two years since she’s been in a relationship, Kate told Howard, but she now thinks she’s ready to try her hand at love again.

“I would totally get married. It depends on the person,” she revealed. At this point, though, she’s not exactly looking to settle down. No, she’s more interested in having a little fun.

“I just want someone really hot,” she said. Howard wanted to know who in Hollywood she would consider really hot, throwing out the name Brad Pitt. Kate confirmed that Brad definitely fits the bill. Also “very hot” but very unavailable is her co-star in “Deepwater Horizon,” Mark Wahlberg. A childhood fantasy came true while the two were filming the movie together, though. In one scene, Mark dances for her in his underwear.

“I think that I had his poster up on my wall, in his undies, and here I am, so many years later, and … he’s giving me a little dance,” Kate said with a laugh.