She calls in to discuss her fantasies about the Wack Packer. Meanwhile, Erik hits on John Stamos 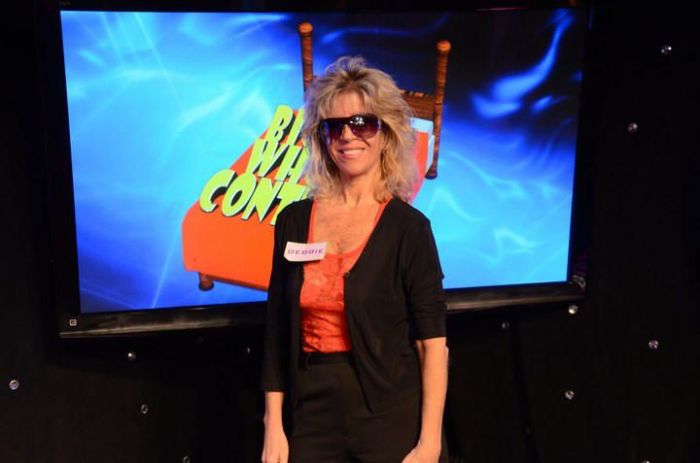 Debbie also said she’s going through semen withdrawal. “I didn’t get any loads for the last two days, unfortunately. When that happens it’s almost like having the flu,” she said. “I get dizzy. I feel sick.”

Debbie then blew everyone’s minds by revealing that she had begun fantasizing about High Pitch Erik!

Much later in the show High Pitch Erik called in. “She really wants to blow me?” he asked. “I don’t want a finger up my ass.”

Shuli Egar confirmed Debbie’s offer was real and explained High Pitch wasn’t getting action from the ladies in his life, so he suggested taking Debbie up on it when she comes thru town in December.

While Erik isn’t getting any action from the ladies, he did recently have a Twitter encounter with Stern Show regular John Stamos. Erik made a striptease video for Stamos and sent it to him on Twitter, but the actor never responded.

Check out his tweets below:

OMG awesome you were so hot in that shower I wish I was in there next to you https://t.co/3gb4Vocmbw

We have an open relationship https://t.co/CyvsxxgGD8

Howard wondered: If Erik had to blow John Stamos or Donnie Wahlberg, who would it be?