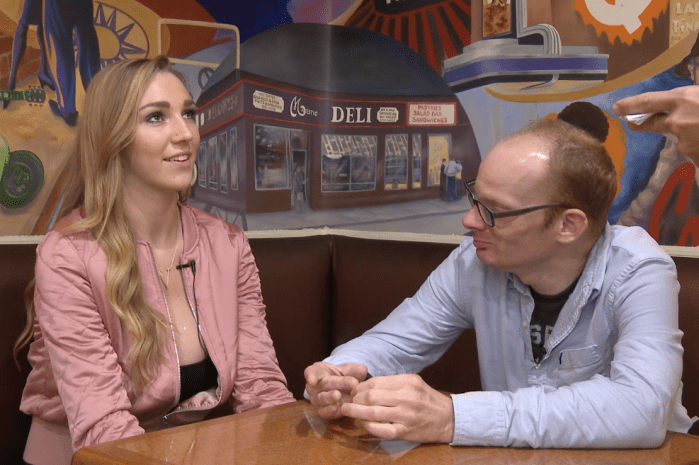 Things got off to a rocky start when Pete asked Kendra his signature “what’s up?” a staggering five times in 10 seconds to kick things off. But it would seem that was about as far into a conversation as he was prepared to go.

“There was a ton of awkward silence,” Howard told listeners as he played through some of the date’s early moments. “This is what it sounds like when a woman wants nothing to do with you,” he joked.

It didn’t get much better when the waiter came by to take Pete and Kendra’s orders and Pete proceeded to jump right in first, ordering a ham and swiss on a hard roll with an extra side of honey mustard.

From there Pete proceeded to launch into a string of cliches, ranging from his affinity for long walks on the beach (“I’m actually a guy that likes to walk on the beach …”) to his desire to write Kendra a poem.

While Kendra seemed unimpressed with the experience overall, there was some good news: she admitted she may be willing to bed Pete in sympathy, under certain circumstances, if he’s able to get a minimum of five drinks in her. Well, it’s not a no.