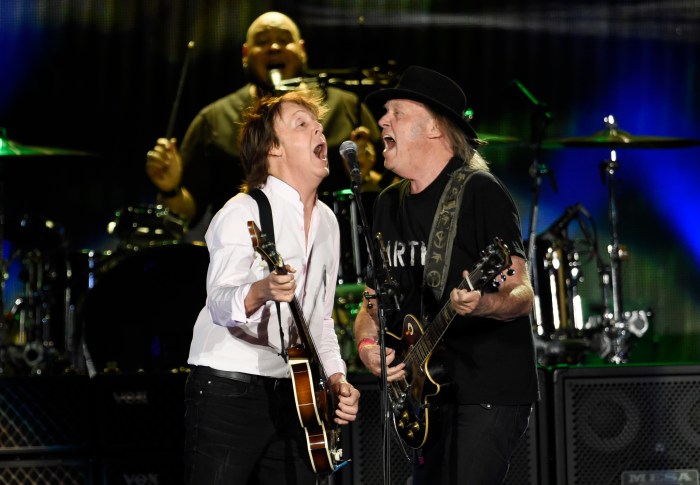 Stern Show Executive Producer Gary Dell’Abate returned to the studio Monday morning fresh off a trip to California for “Oldchella” and was chock full of stories from his weekend watching Bob Dyan, the Rolling Stones, Neil Young, Paul McCartney, the Who, and Roger Waters rock the three-night event.

Howard wondered if the women were up to Spade’s standards, but Gary joked that “it looked like a Viagra commercial that was off by one chromosome,” with a lot of older women dressing hot, despite being up there in age.

As for the musicians, Bob Dylan requested the cameras be turned off so that audience members wouldn’t be able to view him on the big screens.

“I think he cut the set short,” Gary added.

Conversely, the Rolling Stones took to the stage right after and erased any bad memories with an outstanding set that left the audience blown away per usual.

Neil Young also delivered an amazing set, as did Paul McCartney who, joined by Young, performed “Why Don’t We Do It in the Road?” live for the first time ever to the surprise of Beatles fans everywhere.

The music didn’t end there, either – the Who performed a great set and “really rocked out,” according to Gary. Finally, Gary said Roger Waters was “really good” with a set that featured more theatrics than any other.

“I thought it was great!” Gary said, summing up the weekend.