“I just really want women to be heard,” the musician tells Howard of her new song 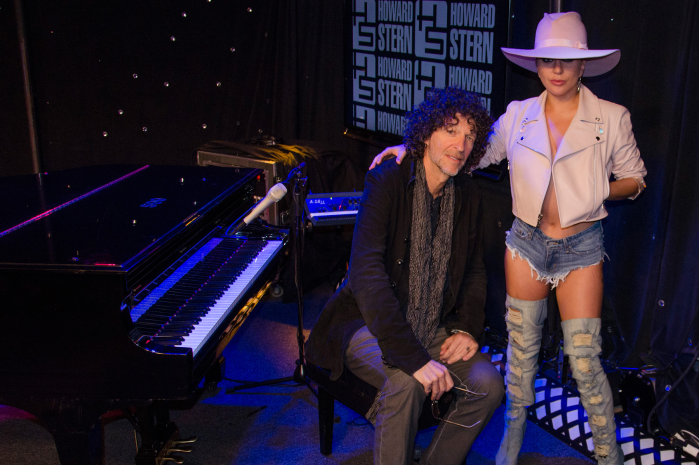 As is always the case, Lady Gaga gave an unforgettable performance on Monday’s Stern Show, singing “Million Reasons” live on air. The new song struck an emotional chord for Gaga, as well as for Robin Quivers who said she was crying by the end of it.

But Gaga also wrote “Million Reasons” for men. “Because I thought maybe if the guy could hear from us, how we feel, maybe he would understand a little bit more how deep it goes, how much we really love you, and how much we really need that love in return to be protected,” she said.

Gaga’s message within the song is definitely spreading – she told Howard “Million Pieces” went to No. 1 on iTunes in Saudi Arabia. “I just really want women to be heard,” she added.

According to Gaga, healing is the overarching theme of her new album “Joanne,” which she named after her late Aunt Joanne who died from lupus long before Gaga was born but whose spirit has always been with her.

“She’s like this goddess who we worshiped in our family,” Gaga told Howard. He could relate – he too had an aunt who died young but who lived on through his family’s personal accounts of her. Robin wondered if she channeled Joanne while writing her new music, but Gaga explained she’s channeling her aunt more now. She also urged people to visit the Lupus Foundation’s website to learn more about the disease that took her beloved family member.

“A-YO,” another track off of “Joanne,” is also deeply personal for Gaga but is delivered in a much more upbeat tempo.

“This is for your haters,” Gaga told Howard as he played the song on air. She admitted “A-YO” took about 10 minutes to write with her friend Hillary Lindsey, who has penned hits for Carrie Underwood, Taylor Swift, and Lady Antebellum. Despite writing the track with Hillary quickly, Gaga told Howard she wouldn’t change a thing about it.

“That is a hit record,” she said. “When I hear that record, it’s like every part of my body wants to explode and dance.”

It wasn’t just her own music Gaga was belting out on the Stern Show – she also gave Howard a taste of what her Led Zeppelin cover band sounded like with an impromptu performance of “Black Dog.”

“I love to yell and scream and be raspy,” Gaga said before hollering out the first line from the Zeppelin classic.

“If you don’t know how to sing,” Gaga replied.