“He said I should feel bad for him,” the Stern Show head of security confided 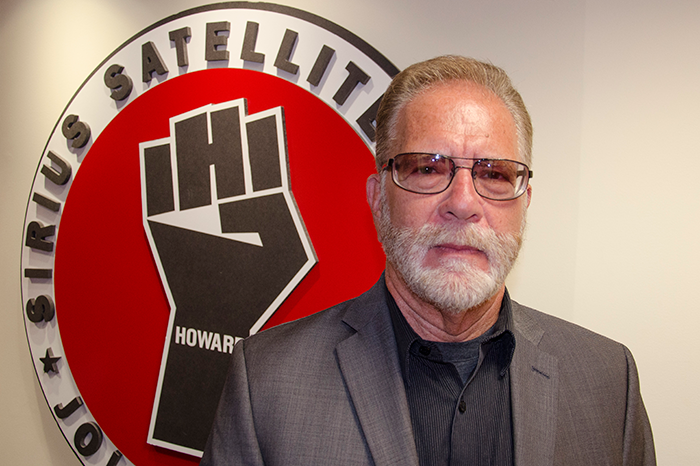 It seems the pressure of feuding with Brent Hatley has finally pushed Howard’s 66-year-old head of security and limo driver over the edge. In the midst of being questioned about a seething tweet he sent in the wake of Monday’s show, Ronnie Mund revealed he had sought professional help in order to come to peace with the situation – and good thing because Howard was pretty upset about Ronnie’s connotation of the word “they.”

“‘They’ is the rats!” Ronnie insisted, telling Howard he was mad at the staff for sending Brent into the studio while he was downstairs getting Lady Gaga, unable to defend himself.

“I spoke to my shrink and you know what, I feel bad for the guy,” Ronnie said. “He said I should feel bad for him.”

Ronnie’s shrink told him if Brent needed to score “brownie points” by ratting his coworkers out, there’s no reason to talk to him — he should just do his best to ignore Brent.

As Brent entered the studio to defend himself, Ronnie leveled some serious accusations at him. “You’re not a loyal person,” Ronnie began, intimating Brent abandoned his position as Executive Producer of the “Bubba the Love Sponge Show” at a time when the “house was on fire” amid legal battles.

Brent fired back saying he stayed at Bubba’s side for 13 years.

As Ronnie began comparing it to his own 30-year tenure by Howard’s side, Brent erupted: “You’re not a radio person, you’re a driver. Know your role jabroni!”

If Tuesday’s response was any indication, though, the court of public opinion has weighed in favor of Ronnie.

Journalist Jeff Jarvis and frequent Ronnie Mund ball buster King of All Blacks were among a number of callers who voiced support for the enraged limo driver. The online support followed suit:

As much as it pains me, I may have to side with @rmlimodriver69 on this one. https://t.co/AvfkvD5LMz

Brent remained steadfast in his decision to bring the matter at hand to Howard and asserted the “rat” rhetoric was simply “a government worker’s mentality.”

One final revelation to come out of Tuesday morning’s discussion was that Ronnie’s anger may be the least of Brent’s worries. Howard discovered Brent recently made a bet with fellow staffer Memet Walker which would force him to wax his pubic hair if Donald Trump wins more than ten states in the presidential election. If Hillary Clinton clinches 40 or more states, though, Memet will have to shave his entire head.

Stay tuned to see who will be the victor.