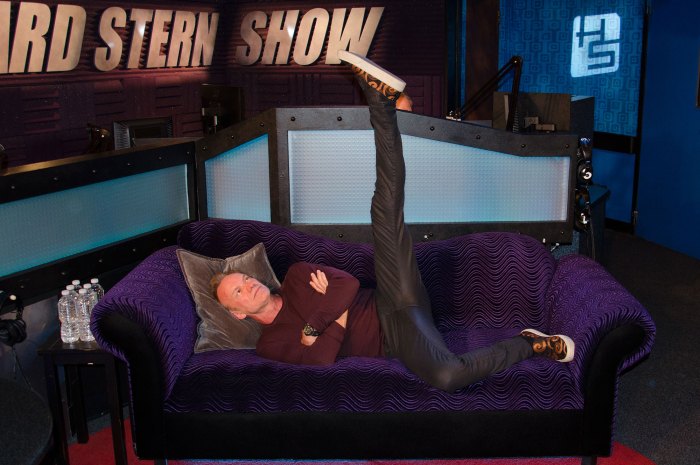 For the first time in a long time, legendary rock star Sting dropped by the Stern Show to tell Howard some tales of his celebrated career in music as well as perform a few of his biggest hits. Sting’s latest album “57th & 9th” includes the new track “I Can’t Stop Thinking About You,” which he also played live on Wednesday morning.

Check out all of the highlights from Sting’s visit:

“Every Breath You Take” and Collecting Puffy Checks 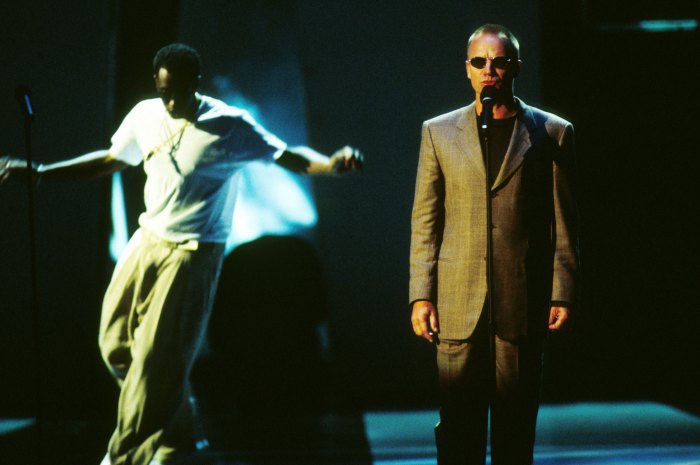 Sting told Howard he considers “Every Breath You Take” to be his signature song and was more than happy to perform it live on the Stern Show.

“People can record any song that anybody writes. They don’t need permission,” Sting explained. And since Puffy sampled the song without clearing it first, Sting now owns 100 percent of the publishing royalties on “I’ll Be Missing You,” reportedly earning him close to a million dollars a year.

“I rubbed my hands together,” Sting admitted about what he did when he learned of Puffy’s recording. “Elton John sent it to me. He said ‘You’re going to be loaded!'”

“Message in a Bottle”

The Police’s second studio album “Reggatta de Blanc” included the band’s first No. 1 single in the U.K., “Message in a Bottle.” Howard asked whether his bandmates grew resentful after that song since Sting was the one penning all of their hit singles.

“I was like the cuckoo in the nest they didn’t really know what they were taking on,” Sting said. “I had a whole catalogue of songs that I’d never used.”

Sting told Howard having that successful second album was the most exciting time in his life because it meant the Police had escaped the sophomore jinx and had now truly made it.

The Night in Paris That Inspired “Roxanne”

No, there was never a real Roxanne that inspired the Police’s hit song, but Sting did tell Howard on Wednesday about the Parisian prostitutes who got him thinking what it must be like to date a woman of that occupation.

“We were in Paris with an early version of the Police and we were staying in a very cheap motel in a very sort of seedy part of town and in the street were all these belle de nuit — ladies of the night,” Sting said. “And I had never been exposed to that and I was kind of fascinated by it. I couldn’t afford one so I sort of conjured one up in my hotel room.”

Once the song was written, the Police signed a “single deal” with A&M records. “They didn’t give us an advance,” Sting told Howard. But the band would soon have their first hit once the record crossed the pond and landed at Austin, Texas radio station WLBJ.

“It became viral,” Sting explained. While touring the States soon after, he recalled hearing only two songs on American radio: “Sultans of Swing” by Dire Straits and “Roxanne.”

“Interestingly enough, [Dire Straits’] Mark Knopfler comes from my town, so we owned the airwaves,” Sting said. Howard also asked about the slight piano chord heard at the beginning of “Roxanne” — was that really Sting sitting on the keys by accident?

“I thought the lid was down and the lid wasn’t down and I played a chord with my ass,” he explained. “We left it on. It was funny. We never thought it would be a hit so we just put it on”

“I Can’t Stop Thinking About You”

The main thrust of his new album “57th & 9th,” according to Sting, is surprise. He told Howard he’s been making esoteric records for the past 10 years, but he wants this to be his return to rock.

“Everyone who’s heard this record has said ‘Wow, I didn’t expect that’ so already, for me, it’s been a success,” Sting said. He played the first single off of the album, “I Can’t Stop Thinking About You,” live on the Stern Show. He also described the meaning of the song and how he wrote the it by locking himself out of his house.

“It’s actually about the process of writing, about facing a blank page every morning and trying to fill it with inspiration, an idea,” he told Howard. Finding the inspiration for this single came after he purposely forced himself to stay outside on a winter’s day and not go back indoors until he had finished the lyrics. Howard joked that Sting must have plenty of help working at his house that would have certainly unlocked the door for him.

“I told them if I’m begging to come in, don’t let me in. I wrote this in the freezing cold,” Sting assured him.