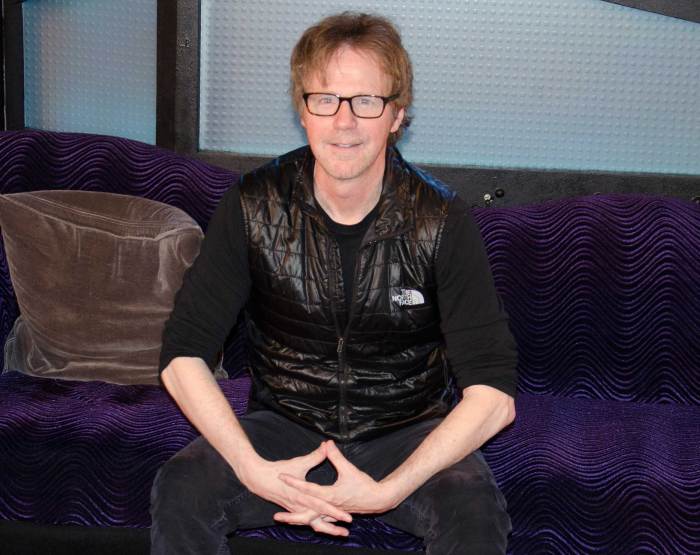 Dana Carvey’s interview with Howard on Wednesday’s Stern Show was jam-packed with celebrity impressions and personal stories from Dana’s storied career in comedy. From his first encounter with Robin Williams to the time he served Richard Pryor an omelet to his new bit about the Beatles discussing Kim Kardashian and Kanye West.

Check out the highlights and hardest laughs from Dana Carvey’s visit to the Stern Show and check out his new comedy special, “Straight White Male, 60,” premiering Friday Nov. 4 on Netflix. 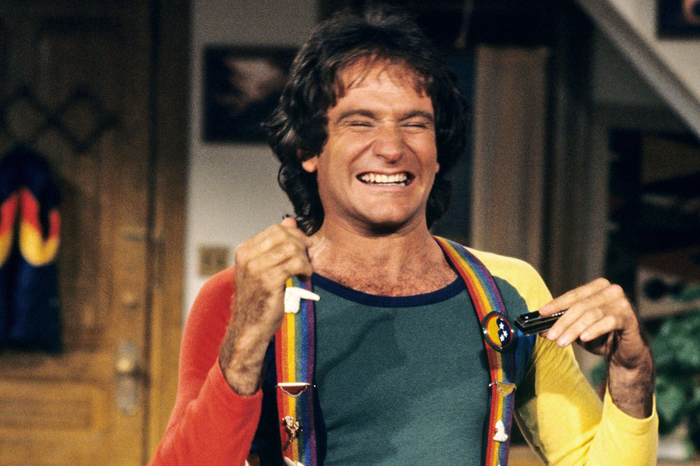 Just as Dana was considering getting into comedy himself, he witnessed an early performance from soon-to-be comedy legend Robin Williams – it made him wonder if he’d ever be as good.

“It was all discombobulated and insane. It killed and I thought, hmm, that I don’t know I can do that,” Dana said. Later, while a college student at San Francisco State, Dana interviewed Robin for a class paper and noticed something strange.

“He was from Detroit and Marin [County], but he had this almost kind of British accent and this deep voice,” Dana said. Robin’s career exploded soon after once “Mork & Mindy” hit TV, but he often returned to the Bay Area, where Dana would hang out with him, their wives, and comedian Paula Poundstone, who was Dana’s wife’s roommate at the time. Dana said it wasn’t uncommon for Robin to bring drugs to their get-togethers.

“I tried cocaine once and burst into tears,” Dana said of one evening with Robin. He also explained to Howard how Williams once apologized in case he ever stole a joke or comedy bit from Dana.

“I said ‘Robin, I tried to take your entire act,” Dana told Howard, adding how it would be an honor to have Robin Williams steal something from him. “He was the gold standard. He was the godfather.” 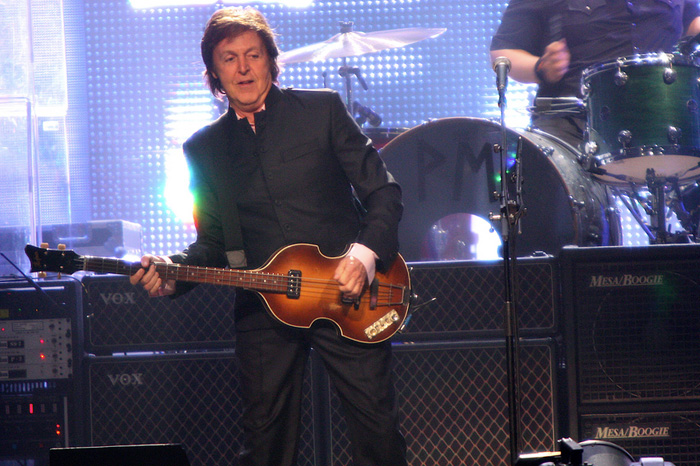 At age nine, Dana learned how to do his first impression after watching the Beatles perform on “The Ed Sullivan Show.” His mastery of Paul McCartney’s voice was something no one else in his family could do and became his first foray into comedy.

Fast-forward several years to Dana prepping to make his debut on “Saturday Night Live.” He was staying with “SNL” creator Lorne Michaels at his house in Amagansett, N.Y., when he learned Paul McCartney would be dropping by to hang out. Dana told Howard how hard he tried to play it cool when the former Beatle arrived.

“I did answer the door and it was Paul McCartney and Linda … and Paul did say to me, ‘Your face has gone a bit funny.’ So I guess I just turned bright red or something,” Dana said. He recovered quickly, though, by asking Paul a question not about his work with the Beatles but about a song Paul wrote in the early ’80s called “Tug of War.”

“And I said ‘In the chorus of that song, when you said, ‘One day we will stand up on top of the mountain with the flag unfurled but it won’t be soon enough for me,’ what were you thinking?’ And Paul loved me after that,” Dana told Howard. That evening, Paul played a recording of some of his new music to Dana, Lorne, Chevy Chase, and A. Whitney Brown.

“He leans into me right as the song starts, to me who he’d met 10 minutes before, and said, and this is exactly how it sounded, ‘You know, Dane, sometimes when you’re writing you try so hard to live up to whatever, you end up ruining the fucker.’ It’s poetic!”

Before leaving that night, Paul mentioned to Dana he had more music to play for him. Dana told him he’d be interested in hearing it. When Paul and Linda came back the next day, Dana mentioned he still wanted to hear Paul’s music.

“Linda says to Paul, ‘See, I told you he’d want to hear it.’ So they were having conversations about me,” Dana said. “So that whole thing was surreal.”

Another surreal experience with Paul came at the “Saturday Night Live 40th Anniversary Special,” where Dana said the Beatle gave him a massage at the end of the telecast.

“We’re at the the goodnights and I’m off to the side, I’ve got the Garth clothes on, and someone’s massaging my neck,” Dana told Howard. “I look up and it’s Paul.”

Howard asked how Paul was as a masseur. “Unbelievable,” Dana answered.

Dana is bringing back his McCartney impression for his new Netflix special “Straight White Male, 60” premiering on Nov. 4.

He then gave a preview of what he imagined the conversation might be like. “Remember when you said we were as popular as Jesus? He thinks he is Jesus,” Dana said in his spot-on McCartney voice. He also described Kim Kardashian and how she takes pictures of her bottom with her “baby television” that everyone has in their pockets now. 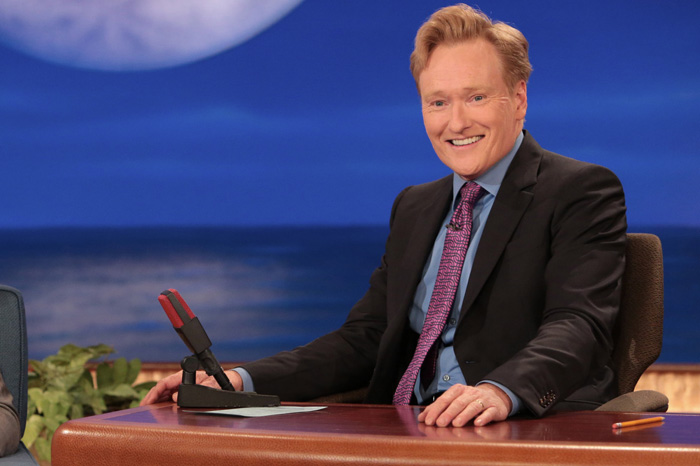 Dana shared some news with Howard during his appearance on Wednesday: he’s been in therapy for two months now, thanks to his good friend Conan O’Brien recommending he try it. Dana and Conan’s show biz paths have crossed several times, including in the early ’90s when NBC was tasked with replacing David Letterman on “Late Night.” The job that eventually went to Conan was initially offered to Dana.

“They gave me a contract with no obligation,” Dana said. “They gave me a million dollars just to consider it.” Consider it he did, but Dana told Howard the idea of having his own late-night show was too much for him to process at that time since he had just scored several feats all at once, including an Emmy, two Rolling Stone magazine covers in one year, and the blockbuster success of the movie “Wayne’s World.”

“I almost got too hot for my own good,” Dana admitted.

On top of that, Dana was writing a movie based on his and Kevin Nealon’s “SNL” characters Hans and Franz. Penning the film with him was Conan and Robert Smigel. Their script involved the two title characters hunting down fellow bodybuilder Arnold Schwarzenegger, who Dana said was interested in being in the movie. However, the megastar’s schedule didn’t work with the Hans and Franz production and the project was eventually shelved. 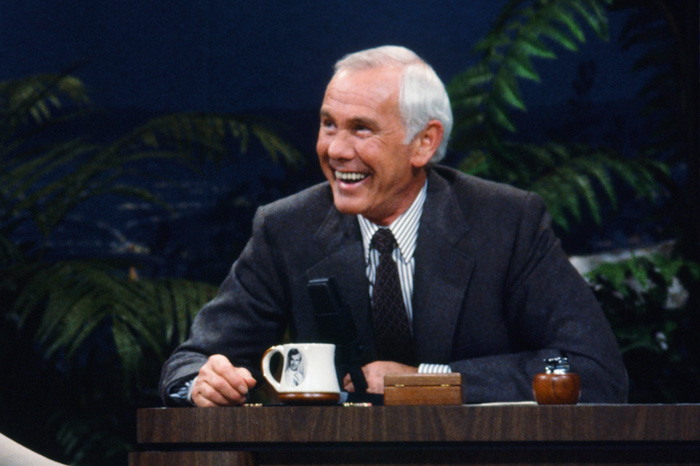 With seven seasons of “SNL” under his belt, Dana revealed to Howard the impression that gave him the most joy was Johnny Carson.

“I knew that take on Carson was so funny that I didn’t even care if the audience laughed,” Dana said. But while he loved the impression, Johnny did not.

“That was the sketch that got me blacklisted from Carson,” Dana said.

According to him, Carson didn’t have a problem with the few times he was panned on “SNL,” but as the sketch grew in popularity, Johnny became annoyed.

“I guess in my heart of hearts I didn’t think it was really cruel, he was okay with it until one sketch came on where he was played a little senile,” Dana said. He later learned from Jay Leno that Johnny would walk down the halls at NBC in Burbank, Calif., saying “they’re making fun of me now, it’s time to go.”

“What happens with everybody, at a certain point in show business is you become a caricature of yourself and no one escapes it,” Dana continued. “It wasn’t my intent to hurt him. I just thought he was so, just charming.” 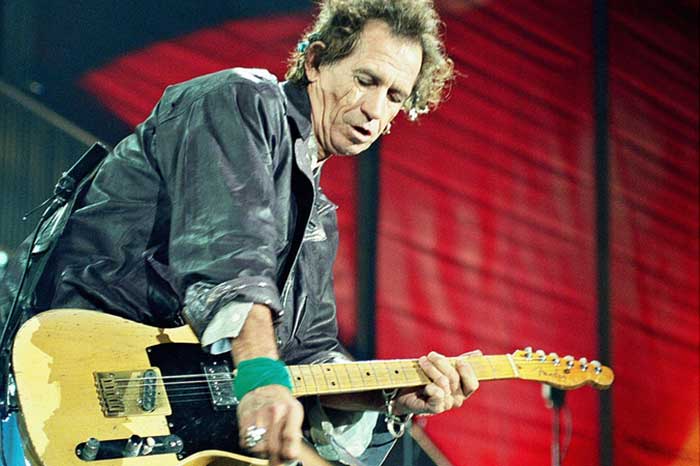 The “Saturday Night Live” stories continued with a gem of a memory from when Keith Richards once hosted the late-night show. Dana recalled being backstage in the prop area during a lunch break when the Rolling Stones guitarist sauntered over to a horse brought in for that week’s episode.

“I see him kind of staggering into view, he doesn’t see me, and he goes over to the horse and he puts the horse’s head in his hands and he goes, ‘Look at you. You’re a fucking horse,’ and he walked off,” Dana said to Howard and Robin’s delight.

“That is a great fucking story,” Howard told Dana. 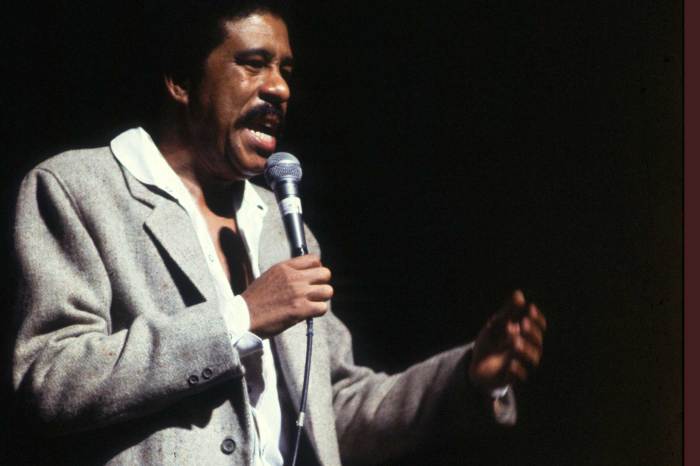 Dana told Howard he once served breakfast to comedian Richard Pryor while he was working as a waiter at a Holiday Inn. He wasn’t quite sure if Richard liked or disliked his meal.

“Richard said to me, I’ll never forget it, he goes, ‘Whoever made this omelet can suck my dick’ and I never knew whether that was a positive or a negative,” Dana said.

Ten years later, Dana and Richard starred in the movie “Moving” together. While eating on set, Dana decided he would figure out once and for all what Richard’s omelet comment meant. After taking a bite of his cheeseburger, Dana said out loud that whoever made it for him can suck his dick.

“He said ‘You must love that cheeseburger,'” Dana told Howard.