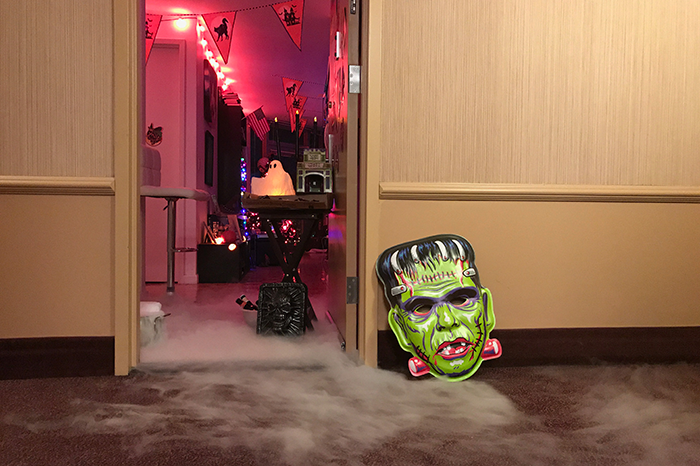 Howard told Robin that he got a bunch of trick-or-treaters Monday night for Halloween since Beth signed them up for their apartment building’s list from 5 p.m. to 7 p.m. He explained that after putting a bowl with candy outside their door it only took until 5:08 p.m. for “these animals” to started emptying the entire thing instead of taking a couple of pieces each.

At Richard Christy’s house, conversely, the front door remained open to trick-or-treaters who could enter a haunted foyer of sorts where the Stern Show staffer and his wife set up an eerie scene complete with a record player spinning hair-raising tunes, dry ice-induced fog, custom-made treat bags for the kids, and pumpkin beer for the adults.

“It just sounds like the beginning of an episode of ‘Law and Order.'” Howard joked.

Richard and his wife ended up giving out about 60 treat bags by the end of the night, but he said it was the adults who kept returning for the pumpkin beer (which he wasn’t quite sure if he was supposed to be giving away in the first place).

Howard was also fascinated by Richard’s annual horror movie viewing ritual which begins in late August and culminates on Halloween. Richard explained that his list consists of anywhere from 50 to 75 movies and he crosses of each one as he watches them.​