Cops reportedly called to his home two days in a row 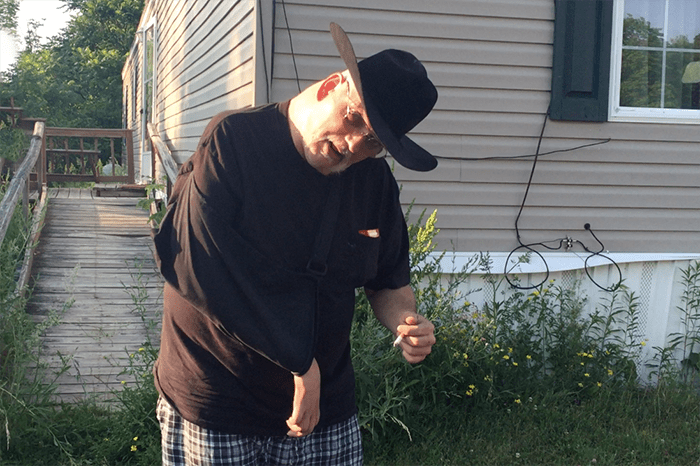 Jeff the Drunk has seemingly taken battling Periscope “trolls” to the next level, and if the past few weeks are any indication, he may need to change his tactics to avoid serious trouble.

The surly Wack Packer has been openly smoking pot (and showing his penis) on the live streaming service, leading some of his opposition to allegedly call the police on numerous occasions.

Moreover, Jeff has even reportedly dared the “trolls” to reach out to SSI, Homeland Security, and other agencies — a risky proposition, considering he relies on social security checks to survive.

Howard wondered why Jeff doesn’t simply pack up his trailer and move it to a state where marijuana has been legalized like Massachusetts or Maine, which led to a shocking revelation: Jeff’s home is not actually a trailer.

“It’s a doublewide!” Jeff screamed. No engine. No tires. No hitch.

Additionally, instead of paying for normal hardwired internet to fuel his Periscope addiction, Jeff has a $120-per-month cell data bill for which he claimed to need a new “pord.” No one could quite understand why he didn’t just get a normal internet provider for less money.

Check out all the photos of Jeff’s “doublewide” home here.