The Songs of Sting by the Decade

The Songs of Sting by the Decade 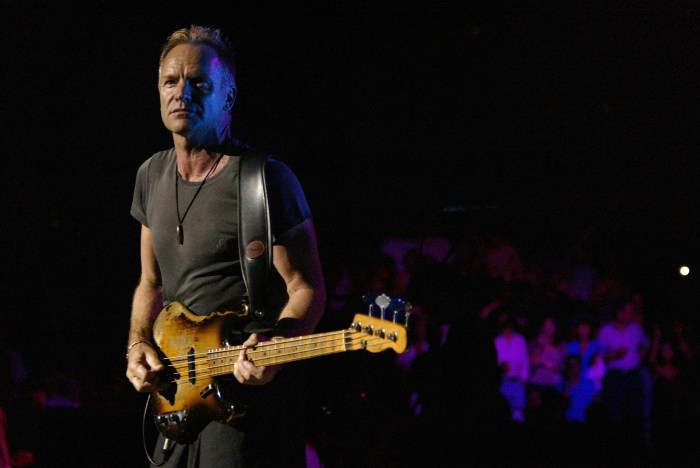 On Wednesday morning one of the world’s best-selling artists in music returns to the Stern Show when Sting steps into the studio — in honor of his appearance take a listen to some of the amazing and wide-ranging music he has made over the past four decades.

“Message in a Bottle”

“Don’t Stand So Close to Me”

“Every Little Thing She Does Is Magic”

“Every Breath You Take”

“Fortress Around Your Heart”

In 1985 Sting released his first solo studio record, “The Dream of the Blue Turtles,” which earned numerous Grammy nominations and featured a stable of renowned jazz musicians including the likes of Branford Marsalis, Kenny Kirkland, and Omar Hakim.

“Be Still My Beating Heart”

In 1991 Sting released “The Soul Cages,” dedicated to his father. The album went on to become his second No. 1 album in the U.K.

“If I Ever Lose My Faith in You”

“Ten Summoner’s Tales,” his fourth solo studio album found success in 1993 and birthed hits like “Fields of Gold” and “If I Ever Lose My Faith in You.”

“Let Your Soul Be Your Pilot”

“My Funny Friend and Me”

The early 2000s saw Sting get involved in film soundtracks – namely “The Emperor’s New Groove” for which he recorded “My Funny Friend and Me” garnering an Academy Award nomination for Best Song.

Then in 2003 Sting paired up with Mary J. Blige for a powerhouse collaboration on 2003’s “Sacred Love” album.

2009’s “If on a Winter’s Night…” featured a collection of Christmas and winter-themed tunes performed by varied configurations of talented instrumentalists put together by Sting specifically for the project.

Recorded at London’s legendary Abbey Road Studios and produced by Rob Mathes, 2010’s “Symphonicities” was presented alongside a live tour of the same name. performed with the Royal Philharmonic Concert Orchestra.

Sting’s eleventh studio album was special because it was not only a record, but also a play, which premiered in the summer of 2014.

“I Can’t Stop Thinking About You”

In what is being dubbed his first rock album in decades, “57th and 9th” finds Sting returning to his guitar-driven roots. “It’s rockier than anything I’ve done in a while,” he told Rolling Stone. Listen to the single “I Can’t Stop Thinking About You” (above).

Tune in to Howard 100 Wednesday morning to hear Sting’s return to the Stern Show and grab your copy of “57th and 9th,” out Nov. 11.