“I'm going to miss him very much,” Howard said on Tuesday 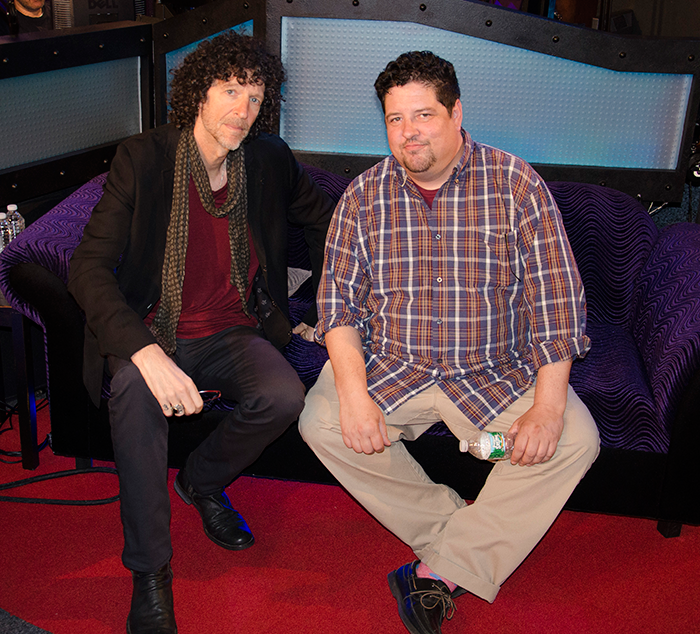 Tuesday morning’s Stern Show included a tribute to longtime caller, contributor, and superfan Joey Boots who died on Dec. 23 at age 49. Howard remembered Joey and all that he’d done for the show throughout the years.

“Joey had a hard life but he told us a lot of things brought him joy and one of them was our show,” Howard said. “I liked Joey very, very much and I’m going to miss him very much. He was a great friend to the show.”

High Pitch Erik was in studio Tuesday morning to share stories about his good friend Joey Boots. The two lived in the same New York City apartment building for several years and often made appearances on the Stern Show together.

“When I came in this morning and I said, ‘Damn, Joey’s not here with me today.’ Because he’s always here,” Erik told Howard about not having Boots by his side for today’s visit. Howard asked Erik if he had any final words for his departed friend.

“I’m going to miss you, from the bottom of my heart,” Erik said. “I love you. You are always going to be with me forever and ever.”

Outside of his Stern Show fame, Joey Boots was well known to local and cable news watchers for frequently interrupting TV reporters during live broadcasts, usually yelling “Baba Booey” and “Howard Stern’s penis” behind them. Joey even defended his right to “Booey Bomb” in court after being arrested in 2014 for disorderly conduct. A judge ruled in Joey’s favor, dismissing his case and setting a legal precedent for free speech.

Born Joseph Bassolino in the Bronx, Boots was raised on Long Island. He was a decorated veteran having served six years in the United States Army and reaching the rank of Corporal. He was also a former volunteer firefighter and appeared in several TV and film roles, including a small part in “Being Flynn” starring Robert De Niro and Julianne Moore. 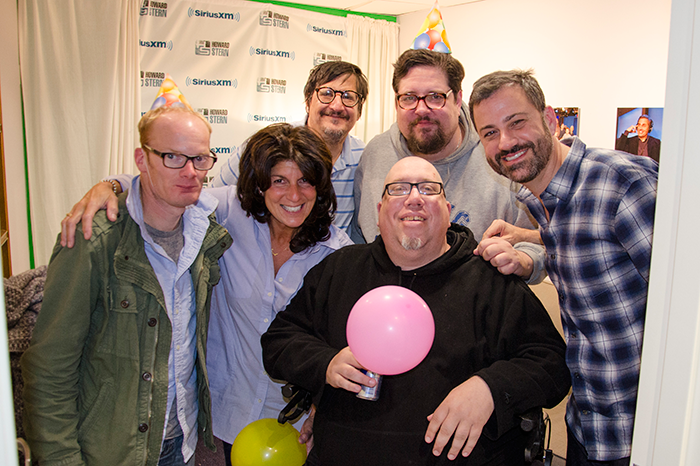 Joey Boots once said his favorite Stern Show appearance was in 2002 when he allowed High Pitch Erik to shave off his pubic hair and put Icy Hot on his testicles all in order to win a trip to Hong Kong. Both Johnny Knoxville and Dave Grohl were in studio that day to witness the stunt. Joey ended up not taking the trip in the end, instead cashing in the vacation for around $5,000 – he gave $1,000 to High Pitch Erik.

Several of Joey’s friends and fans took to Twitter after hearing he had passed away. Read their kind words and memories (below).

My condolences to his family. https://t.co/43FAkkB2SP

R.I.P Joey Boots. You were more than a Wack Packer to me and my wife. You were a gentleman and a friend. We speak your name.

The odds of getting ‘Baba Booey’d’ during a New York City local news live shot just dropped dramatically. And it… https://t.co/M5P4CISe0K

Rest In Peace @JoeyBoots…The Show lost another great one 🙁

.@JoeyBoots wasn’t a Wack Packer to me… he was a genuine friend. I’m gonna miss you like hell, buddy. pic.twitter.com/iXmYSdrfC3

There are wack pack angels everywhere, even the newest one #JoeyBoots. #merrychristmas to the @sternshow staff, friends & fans! #Angels pic.twitter.com/nyN8ddQcwq

Tune in to Sternthology on Howard 101 all week for a special tribute to Joey Boots.