Before He "Came Alive," Frampton Rocked 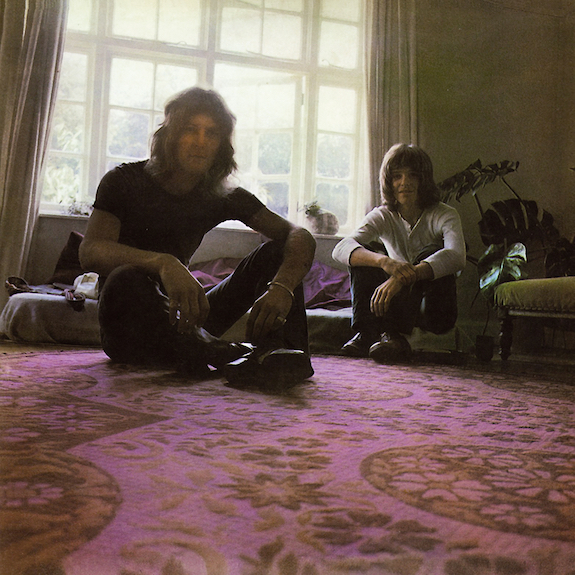 It all started in 1968. Guitarist and singer Steve Marriott was growing bored with his band, the Small Faces. An invitation was extended to his pal, teen heartthrob guitarist for British pop outfit The Herd, Peter Frampton, to sit in with the Small Faces for a gig to spice things up. It didn’t go well. The Small Faces divorce was cemented when Steve Marriott walked out of a gig mid-jam on New Year’s Eve, 1968.

The premature demise of one group gave birth to two, as Steve Marriott was now free to team up with Frampton, Spooky Tooth bassist Greg Ridley, and 17-year-old drummer Jerry Shirley, and one of rock’s first supergroups was formed.

(The remaining Small Faces joined up with Rod Stewart and Ronnie Wood, then dropped the “Small.”)

If you know Peter Frampton best for his seminal live album, “Frampton Comes Alive,” it’s hard to blame you. It’s impossible to turn on a radio, walk into a Kmart, or hell, exist without hearing those iconic live versions of “Show Me The Way,” “Baby I Love Your Way,” and “Do You Feel Like We Do?” However, despite extreme “Comes Alive” saturation, the guitar legend has a musically diverse, varied career. Nowhere is that more evident than in his work with Humble Pie.

From January 1969 to November 1971, Humble Pie rocked the British music scene, and Peter Frampton was a pivotal reason for that. This first incarnation of Humble Pie (and there turned out to be many) boasted three-lead vocalists, four songwriters, and ultimately, five well-reviewed albums. They had a Stones-like swagger, a Zeppelin-level heaviness, and a harder-edged blues rock approach which led Rolling Stone to describe their debut album as “heavy metal,” one of the first times that term had ever been used. With Frampton (talkbox-free) at the mic however, Humble Pie’s music took a more pastoral and melodic sound. That hard and soft balance only existed in Humble Pie during Frampton’s tenure, which ended in late 1971 when he left to go solo. After that, critics agree that Humble Pie steered into a malaise of repetitive boogie-woogie, proving that Frampton truly provided the necessary balance which made the Pie great.

Here are eight heaping slices of Humble Pie to whet your appetite.

The Pie’s debut single is some nasty Chuck Berry-riffing infused with some down n’ dirty R&B. Interestingly, the first words sung on the first Humble Pie song are not from lead vocalist Steve Marriott, nor from rock legend Peter Frampton. Instead, bassist Greg Ridley’s beef stew rasp kicks off the Pie’s discography. From there, Frampton takes over, before giving way to Marriott for the final verse. Right off the bat, “Bugie” paints a portrait of a band with a very deep musical bench.

Co-written by Frampton and Marriott, the title track of Humble Pie’s debut album contains every tool in the band’s arsenal in one song: explosive bursts of rock contrasted against quiet acoustic passages, tag-team lead vocals, melodic twists and turns, and a “sure, why not” outro jam. In another universe, this tune would have been their “Stairway to Heaven.”

If you want a taste of the type of music that would launch Peter Frampton into super stardom, take a listen to this tune off Humble Pie’s (otherwise heavy as all hell) self-titled third album. Melodic, acoustic, and very different from anything the band had attempted to that point.

Humble Pie’s best reviewed album, “Rock On” kicks off perfectly with Frampton’s gospel-tinged pop-rocker. Without a doubt, a vast majority of listeners have heard “Shine On” in its live “Frampton Comes Alive” incarnation.

You probably have a pretty established list of favorite guitar riffs, but prepare to add to that. The opening guitar attack on “Stone Cold Fever” – written by the whole band – is nothing short of monstrous. The rest of the tune plows along in raucous fits and starts, adding up to become one of Humble Pie’s signature track.

Everyone and their dog owns “Frampton Comes Alive,” but for another view of Frampton coming alive, check out “Performance: Rockin’ The Fillmore.” The guitar interplay on “Fillmore” is the main attraction, with Marriott’s heavy riffing countering off Frampton’s melodic leads in a high-wire act of rock pyrotechnics. “I Don’t Need No Doctor” developed during a jam at a sound check, and sounds like a stampede of clydesdales jacked up on Monster Energy. Buckle up.

During the height of their powers, one of Humble Pie’s greatest weapons was versatility, and this all-acoustic arrangement of the Yardbirds’ “For Your Love” demonstrates why. Play this right after “Doctor” for full effect of the band’s range. Proof that Humble Pie didn’t need to be loud to be powerful.