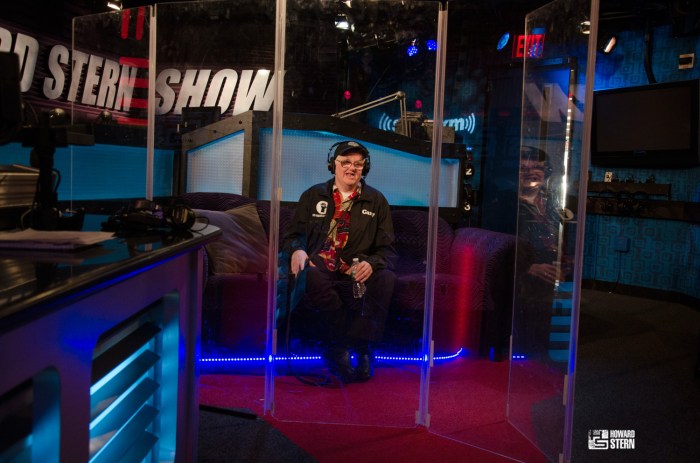 Gary the Conqueror returned the studio this morning on the day of his birth. Since Gary was born on a leap year, he has only really had 16 birthdays (though legally he is turning 64), so the staff decided to throw him a Sweet 16 of sorts.

Before he came in, Baba Booey was sent into the green room to investigate if Gary was sick considering a horrific cough emanating from the room. The Wack Packer insisted that it was simply his emphysema as a result of smoking a pack of cigarettes a day though. Still, Howard insisted a drum shield be erected between the two of them in the studio so that there would be no transfer of germs.

Before the birthday festivities began, Gary, who’s moniker was changed to “the Conqueror” on the show wanted to make it clear to Howard that he was not pleased with the change. “I just don’t – I don’t like it,” he repeated.

Gary also confirmed that he still works at a Burgerville in Oregon and probably makes about “$50 a week.” He spends his time either working or sitting at home watching TV and staring at the Internet.

On the political front, Gary said that he would not be voting for any of the candidates – but especially not Donald Trump. “I don’t like Donald Trump,” he told Howard in the plainest of terms.

Before bringing out a few surprises, Howard played some birthday greetings from celebrities like Jennifer Hudson, Julie Chen, Lady Gaga, and Kenny Loggins – none of whom Gary knew of. 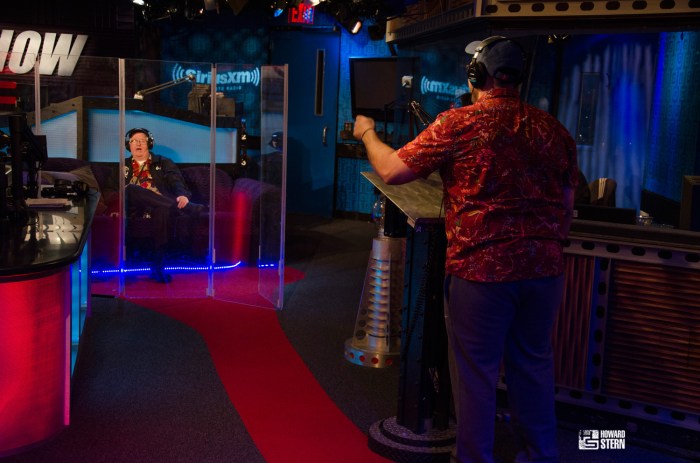 “No, he ain’t my brother!” the Wack Packer insisted. His pleas fell on deaf ears though as Barry’s enthusiasm reigned supreme.

Needless to say, Gary was not pleased with his so-called brother. “You sick motherfucker!” he screamed at Barry. 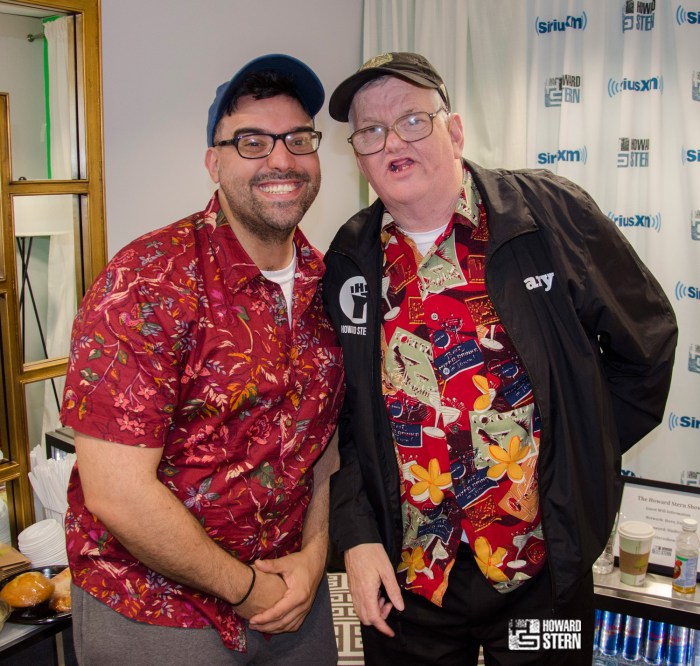 Later, General Hatley (the Stern Show’s Brent Hatley) came by to inform Gary of his new obligations to the country’s armed forces.

“We are making America great again,” Hatley told Gary, who was not even entertaining the idea of serving.

After Brent left, Howard tried to play a game with Gary where he would identify which words made him laugh, but Gary seemed to think it was some sort of word association game and tried to answer accordingly.

And finally, before letting him go, Howard turned on the “smart couch” function that allowed Gary to answer any question correctly. He seemed unimpressed at best.