“The hormones were going,” the director said of the incident that occurred when he was 14 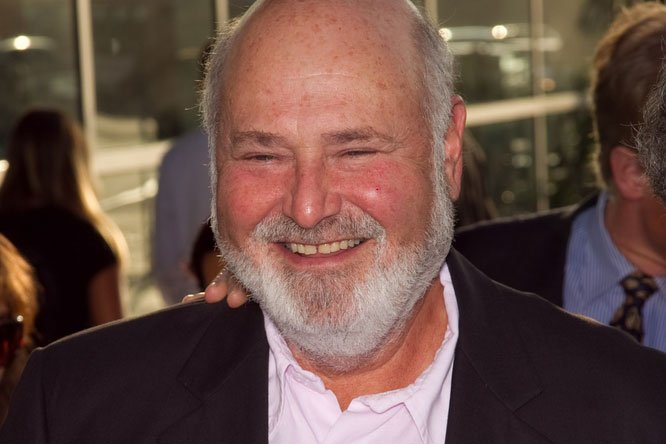 Rob Reiner did not disappoint in his Stern Show debut on Tuesday morning. The acclaimed director dished out a ton a great stories during his visit, and with a life and career as legendary as Rob’s, each one was more interesting than the last.

Here are the highlights from Rob Reiner’s visit to the Howard Stern Show. 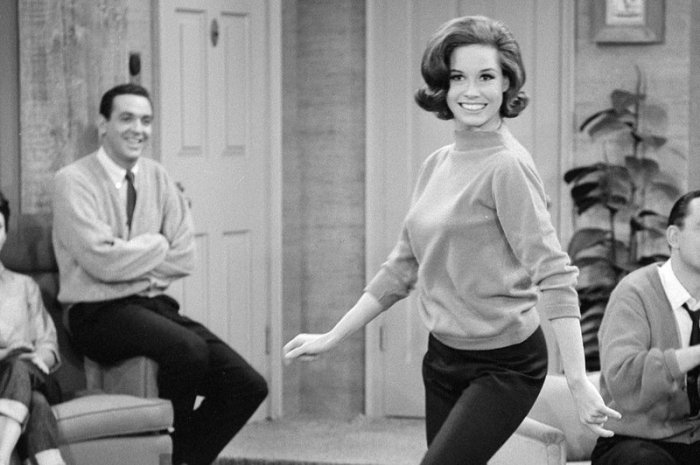 Boys will be boys and at the mischievous age of 14, Rob Reiner saw something that he couldn’t resist reaching out and touching – Mary Tyler Moore’s ass.

“I was 14 years old and she was like 25 I guess … the hormones were going and I just went and grabbed,” Rob explained to Howard.

The incident occurred on the set of “The Dick Van Dyke Show,” the hit CBS sitcom that Rob’s dad Carl Reiner created in the early ’60s.

“My father called me into his office,” Rob recalled, “and he said, ‘Did you grab Mary Tyler Moore by the ass?’ And I said, ‘Uh, yeah.’ And he said with a big smile on his face, ‘Don’t do that anymore.'”

Mary probably wasn’t too put off by Rob’s behavior, as she eventually wrote about it in her memoir and even retold the story with a laugh during an interview with David Letterman.

The Enormous Shoes of Carl Reiner 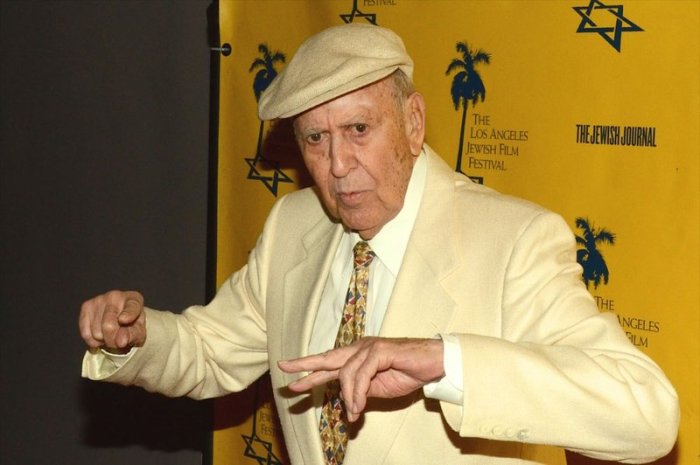 When your dear old dad is comedy legend Carl Reiner, avoiding his shadow while embarking out on your own career in entertainment is next to impossible. For Rob, he not only had to convince others in the industry that he was talented, he had to convince his father, too. Reiner told Howard about the time Norman Lear came to their house and told Carl that Rob was funny.

“I was playing jacks with his daughter explaining the rules to her and apparently I made Norman laugh,” he said.

But when Norman turned to Carl and told him his kid was funny, Carl replied, “Are you crazy?”

Decades later, Rob said he experienced bouts of jealousy when his dad directed Steve Martin in films like “The Jerk” and “The Man With Two Brains.”

“I had a different relationship with my father, but I would have loved to have had what that was,” Rob admitted. “He’s like the son you wished you had who could do shtick and do all that stuff.”

Rob told Howard that it took a long time and even therapy to relieve the pressure he felt.

“It wasn’t until I did ‘Stand by Me’ that I started feeling like myself,” Rob said, adding that he didn’t direct that movie until he was in his 30s. “A long, long time it took me to carve out my own world.” 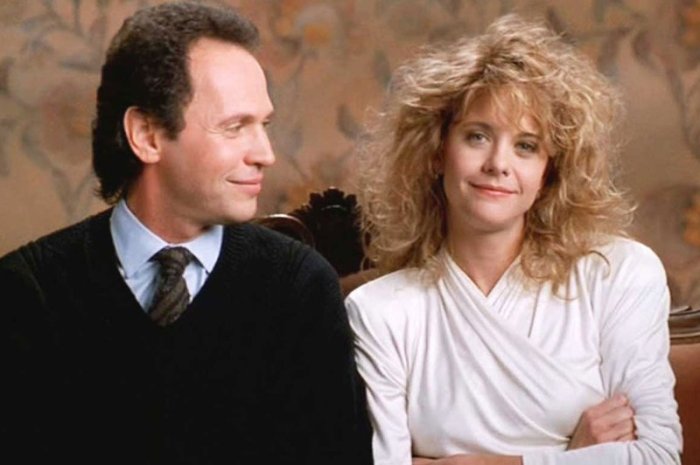 Now that “When Harry Met Sally” has become one of the most beloved romantic comedies of all time, it’s hard to imagine anyone but Billy Crystal falling for Meg Ryan in the film. Had Rob gotten his way back in the ’80s though, the part would have gone to someone else.

“To be completely honest, and Billy knows this, he was my best friend,” Rob said. “And I was nervous…what if this doesn’t work?”

Rob says he had tapped Albert Brooks, Tom Hanks, Michael Keaton, and Richard Dreyfuss to play the part of Harry Burns before he gave the role to Billy.

“Not only did he nail it, he contributed like crazy,” Rob said. In fact, perhaps the biggest laugh in the movie – the “I’ll have what she’s having” line – was thought up by Billy Crystal.

Fighting for Albert Brooks on ‘SNL’ 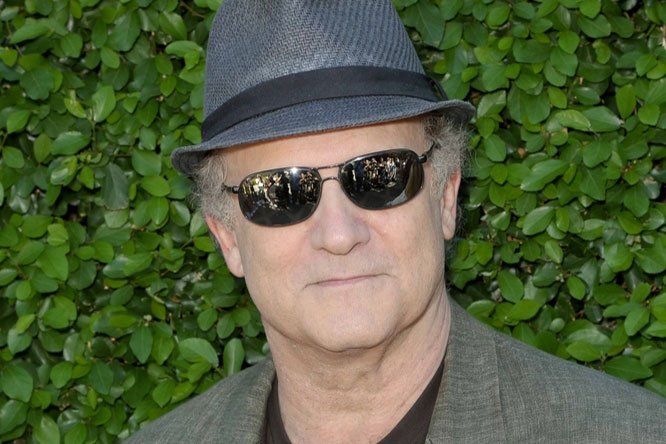 It wasn’t just at home where Rob was surrounded by comedy greatness – he had a very funny friend at school as well named Albert Brooks. Both Brooks and Reiner were in the same acting class together their senior year in high school, as well as future Academy Award-winner Richard Dreyfuss.

“I couldn’t compete, certainly not with Albert,” Rob told Howard.

Fast-forward to the ’70s and the early days at “Saturday Night Live.” Rob was the third person to ever host “SNL” and recalls fighting for executive producer Lorne Michaels to include one of Brooks’ short films on the show. Michaels feared the film, which had a 13-minute running time, would be too long to air.

The First Fart Joke on TV

Fans of flatulence on television may owe Rob Reiner a bit of gratitude – it was him and Steve Martin who successfully wrote and aired the first fart joke to ever be broadcast on American TV, according to Reiner. The sketch, which featured a gassy Pat Paulsen as the president of the ACME corporation, ran during an episode of “The Smothers Brothers Comedy Hour” where Reiner and Martin were both writers.

Rob said that up to that sketch, they struggled to get anything they wrote on the air because of how green they both were.

Rob explained: “As the youngest ones, you’re always fighting to get your material [on TV.]”

Getting ‘Seinfeld’ off the Ground

Sometimes the horse you bet on pays off big time. For Rob, knew he’d picked a winner when he and his production company Castle Rock Entertainment backed a TV show from a still up-and-coming comedian named Jerry Seinfeld.

Rob had originally auditioned Jerry for a part on the TV pilot “Past Imperfect.” The role eventually went to Howie Mandel, but Seinfeld’s manager convinced Rob to take a look at the show Jerry had been writing with Larry David.

“We knew they were two funny guys – that wasn’t the issue,” Rob told Howard. The issue was how to make this show about nothing and make America watch it. NBC picked up the pilot and produced four shows that ran during the summer. The ratings were not great.

“We knew we had a great show and they wanted to take it off the air,” Rob said. “I went in there and I had a screaming crazy thing with Brandon Tartikoff and I begged him.” The then President of NBC must have listened because “Seinfeld” stayed on the air and eventually became the #1 show on television.

Kathy Bates, Stop Being a Psycho 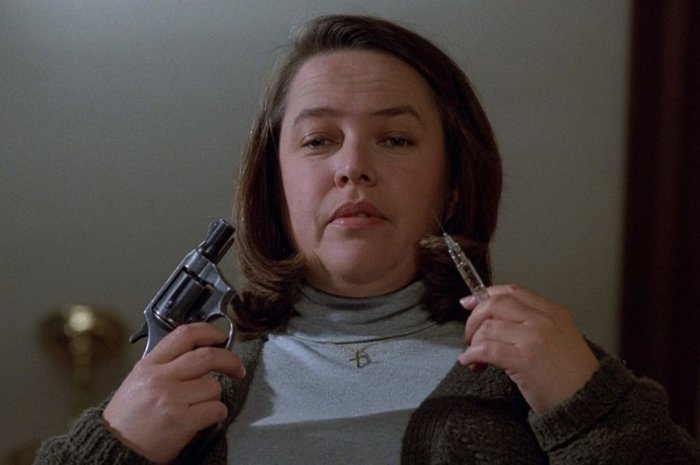 After years of making successful comedies, Rob ventured into an unfamiliar genre in 1990 with the thriller “Misery.” The film, and the director’s second Stephen King adaptation (after “Stand by Me”), was a hit.

Star Kathy Bates won the Oscar for Best Lead Actress playing villain Annie Wilkes and, according to Rob, she took the part perhaps a bit too seriously. He said she tried staying in character even after cameras stopped rolling.

“She did it for a little while, but then I told her don’t do this, you’re going to make yourself crazy,” Rob told Howard.

Rob also revealed that several other actors were up for the leading role of tortured novelist Paul Sheldon, including Kevin Kline, Warren Beatty, and William Hurt. Of course, it was James Caan who eventually had his ankles hammered to pieces on film.