“I did a lot of drugs…why not show business?” says Nick, who wrote the script 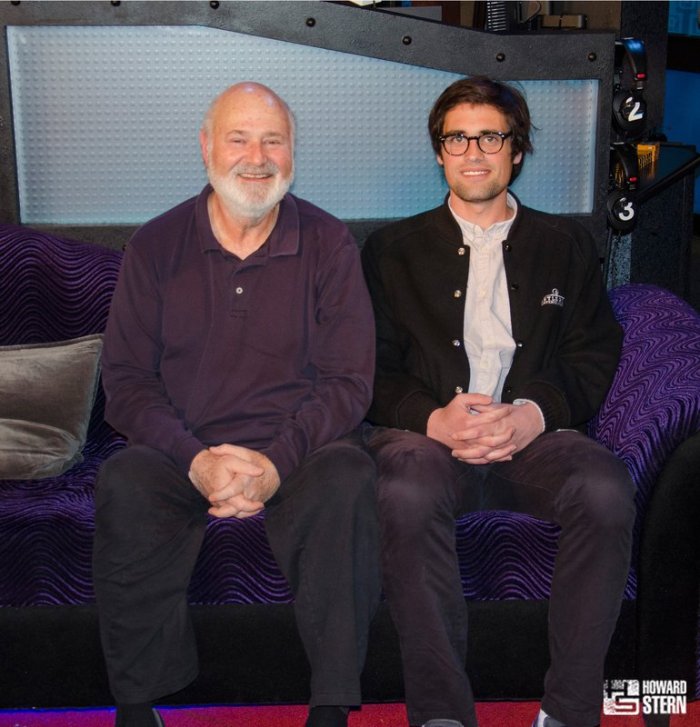 “Being Charlie” is more than just a new movie for renowned director Rob Reiner – it’s a reflection of his own personal life and the struggles he endured with his drug addicted son. On Tuesday, both Rob and his son Nick, who wrote “Being Charlie,” sat down with Howard Stern and discussed how their new project came to be.

“I had fucked up so many times in a row that it had gotten to a point where it was serious,” Nick told Howard during his candid interview. Rob also didn’t hold back and described how Nick had done a “smorgasbord” of drugs and underwent several stints in rehab in order to try and kick his habit. But nothing seemed to straighten out his son.

“I had no experience as a father what to do with your child who was struggling with these things,” Rob said. Even medical professionals and experts’ opinions offered little help with what Rob called their “cookie cutter approach.”

By 18, Nick was living on the street. The circumstances were ripe for tabloid coverage but Rob told Howard that he didn’t care about the press finding out about his family’s situation – he only cared about his son’s well-being. Out on his own, Nick detailed what it was like living in a homeless shelter in Maine. He told Howard that his fellow residents included a man with a “666” tattoo scrawled across his forehead and a guy who claimed to be visited by aliens.

“After a really long time of relapsing, it just got really old,” Nick said of how he eventually got clean. And while he hasn’t licked his addiction by any means, he’s now focused on joining the family business.

“What else am I going to do?” Nick said. “I’ve got a GED, I don’t have any college education, I did a lot of drugs and why not show business?”

Once he completed the script for “Being Charlie,” which tells the familiar story of a junkie teen trying to stay sober, Nick put it in front of his father to simply get his feedback. It was Rob who then pushed Nick to add an “emotional hook” to reflect everything he had gone through.

“The first draft was like, 190 pages and the father [character] was a complete asshole,” Rob told Howard. After convincing his son to tone the dad’s assholishness down a notch, Rob agreed to help develop the movie with Nick. Though the two Reiners revealed that they would get into fights on set, they agreed that making this movie together has brought them closer together.

“What I learned through the experience of making [‘Being Charlie’] is what I kind of always knew,” Rob told Howard. “You know your child better than experts know your child.”

“Being Charlie” opens in select theaters on May 6.