The debate America has long been waiting for finally happened on the Stern Show Monday morning: “Donald Trump” vs. “Bernie Sanders.” The two White House wannabes squared off in a rigorous discussion of the issues that matter most, including how to defeat ISIS, what executive orders they’ll sign into law, and how they feel about Robin Quivers’ breasts.

Hear the “Trump” and “Bernie” debate and learn more about the two spot-on impressionists (below).

How to Handle ISIS

What They’ll Do Their First Week as President

Plans for ‘Hail to the Chief’ 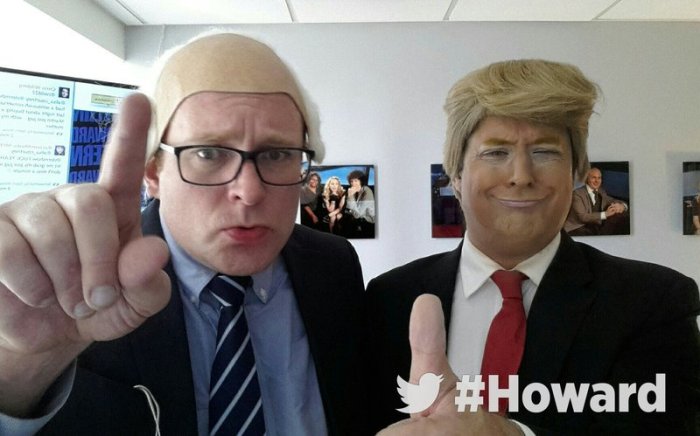 Anthony Atamanuik and James Adomian have both been in comedy for several years. Their impressions as Trump and Sanders have earned them national recognition, including their own special on Fusion called “Trump vs. Bernie: Debate for America.” You can also watch their sketch series “Trump vs. Bernie: Shout the Vote” on YouTube.

With Election Day looming, Anthony and James told Howard that they’ll continue to debate each other at least until the Democratic and Republican conventions. Fans can still see the live Trump vs. Bernie debate tour this summer, including a special show in London with “Star Wars” star Mark Hamill serving as debate moderator.