Fans Want to Know: Could JD Harmeyer Be Autistic?

Legendary rock singer is “as naturally funny” as Tracy Morgan, according to Breuer 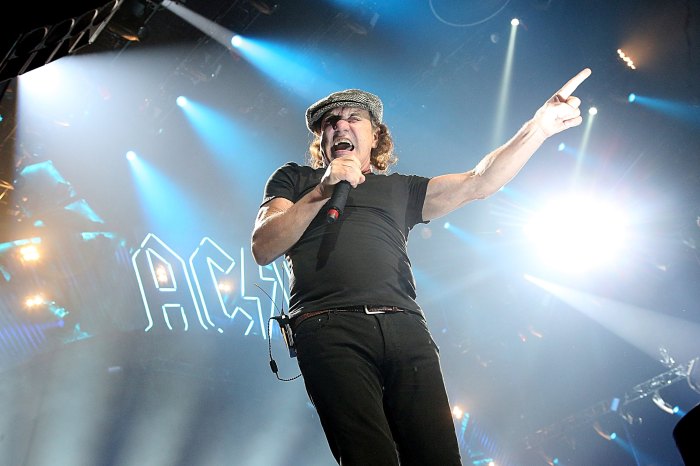 Earlier this year, AC/DC fans were stunned to read that longtime lead singer Brian Johnson was leaving the band in the middle of the “Rock or Bust” tour due to hearing issues and that he would be replaced – Axl Rose was eventually named as their new frontman. On Tuesday morning, Jim Breuer told Howard about what it was like to be with Johnson after the news came out.

“I don’t know anything officially. Unofficially, I saw him when he was raw and everything just went down,” Jim told Howard. “As a fan, I just can’t … it doesn’t make any sense, for me.”

Breuer elaborated that he feels the situation could have been handled better and believes the band should have come together to make the announcement about Brian’s health issues. After years of impersonating the rock singer, Breuer and Johnson have formed a unique friendship and spend time together regularly.

“I tried to make him laugh and we were laughing,” Jim told Howard about hanging out with Johnson. “He’s the funniest guy.” So funny, in fact, that Breuer is now convinced Johnson could soon have a career in stand-up comedy. He even compared him to Tracy Morgan, saying, “[Brian’s] as naturally funny.”

An oft first step into stand-up is imitating another comedian’s persona. Breuer told Howard that, when he first started telling jokes on stage, he mimicked Eddie Murphy. Jim went on to say that Brian Johnson just might make it in comedy if he can master a Sam Kinison-like delivery.

Before Johnson hits the stand-up circuit, though, Jim asked him to record some original songs for his new heavy metal album “Songs From the Garage.” Howard played a sampling of Jim and Brian performing together on the track “Mr. Rock n Roll.”

“He puts his balls on the table without even trying,” Breuer said of Johnson’s still stirring vocals. But when it came time to lay down the track, Johnson told Breuer that he didn’t wear headphones and didn’t even want to record inside the studio, instead opting to “stand where the knobs are.”

“So he stood in the room with the knobs while we’re all there and listened to the speakers,” Breuer said. Unconventional, but it got the job done. Afterwards, Jim wanted to make sure Johnson was comfortable with the recording, but upon asking him to review the song Johnson told him, “I trust you, me son.”

“Next to my dad, he’s hands down one of the greatest guys I’ve ever known,” Breuer said of Johnson.

Watch Jim Breuer and the Loud & Rowdy’s new music video “Old School” (below). To order his band’s new metal album, “Songs From the Garage,” go to officialjimbreuer.com or Amazon.com.