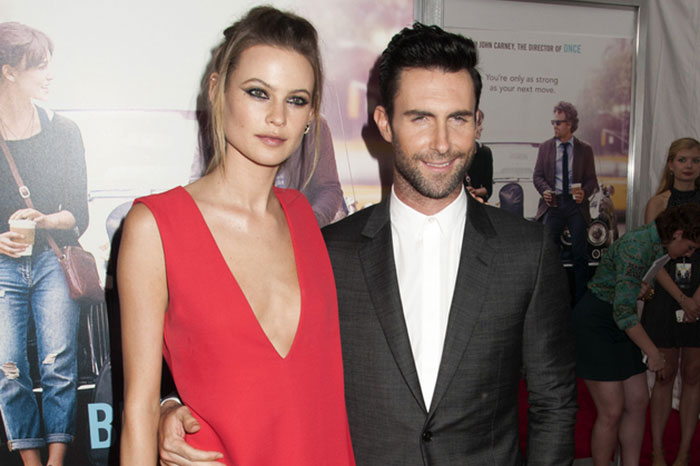 When Jonah Hill gets asked to officiate a wedding, it comes with the expectation that he’s going to be funny. So, when his good friend Adam Levine asked Jonah to marry him and his model girlfriend Behati Prinsloo in 2014, the pressure was on to tell some solid gold jokes.

“The fucking sick, egomaniac inside you goes, ‘Well I have to kill a little bit, too,'” Jonah told Howard on Wednesday morning, adding that Adam asked him directly to insert some humor into the ceremony. Jonah gave the Stern Show a taste of what it was like to attend the A-list affair and shared one of the jokes he told that day.

“The joke I wrote was like, ‘Adam and I grew up together … it’s so nice to see all the people we grew up skateboarding with … like Stevie Nicks and Robert Downey Jr.'” Jonah continued: “I was kind of like giving him shit because he had really famous people at his wedding.”

Jonah didn’t just do a comedy routine on the altar, however. He also had kind words for the couple, which he reiterated from the Stern Show couch.

“He somehow found such an attractive woman who’s actually an unbelievable person,” Jonah said of Adam’s now wife. “When you win the lottery and become him, you don’t usually win the lottery again and find the most amazing woman in the world.”

It should come as no surprise that, when a supermodel gets married, the guest list has a lot of additional supermodels on it. But Jonah told Howard he didn’t try to hit on any of the beautiful women that were in attendance.

“I was terrified to do that,” he said, explaining that his focus was really just on making sure he didn’t screw up their special day.

Lest anyone think Jonah and Adam are only friends because they’re both famous, the two have actually known each other their entire lives. Jonah’s whole family was even at the Levine-Prinsloo nuptials – yet another reason why he said he stayed away from the supermodels at the reception.

“Adam Levine is genuinely like family to me,” Jonah said, explaining that their fathers met when they were schoolmates. He also told Howard about the time an unnamed actress got too drunk at a bar and told Jonah that his and Levine’s friendship was “fake Hollywood.”

“I just wanted to clarify that we’re not friends through some Hollywood prism,” Jonah said. “We’re literally like brothers, basically.”