“I sometimes feel bad that he can’t just f-ck around and play a joke on his friend,” the actor tells Howard 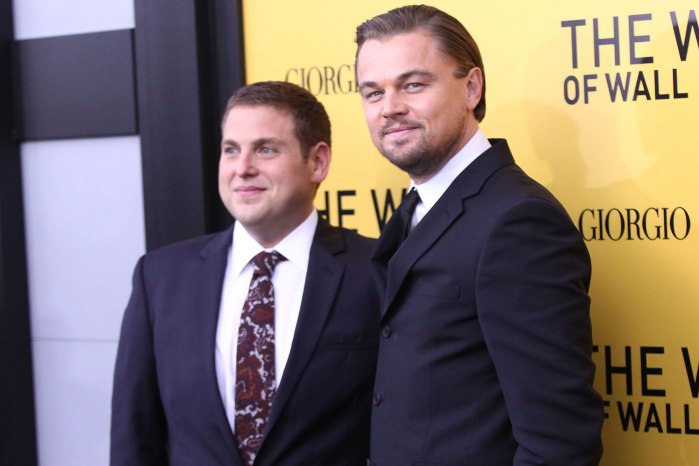 A recent viral video (below) captures Jonah Hill getting pranked by his “Wolf of Wall Street” co-star Leonardo DiCaprio while standing on a New York City street. According to Jonah, he was “scared shitless” as Leo playfully charged at him.

“It was funny … It was a nice moment,” Jonah told Howard. “I literally wasn’t planning on meeting up with anybody. I had just left work and was just gonna get a coffee.”

But even though he was happy to see his A-list friend, Jonah wishes Leo could’ve pulled his prank without the paparazzi capturing the whole thing on film.

“His life, I sometimes feel bad that he can’t just fuck around and play a joke on his friend, and it becomes worldwide news,” Jonah said. He then told Howard that one of the reasons he loves living in New York now is because it has helped him avoid that constant feeling of fame.

“I’m not comfortable being famous. That sounds lame and pretentious … because obviously, like, I do movies, I should shut the fuck up,” Jonah explained. “I’m just saying, I [used to] hang in my house and kind of isolate myself a lot because I didn’t want to have people taking my picture.”

Being in the big city, though, has left Jonah feeling much more comfortable. He is trying to stop isolating himself and start doing what it is he wants to do on any given day.

“Part of moving to New York was like, I’m never going to allow myself to not be involved in life again,” he said. “I roll around by myself, listening to music and just doing what anyone who’s lucky enough to get to live in a fun city gets to do.”

And every once in a while, Leonardo DiCaprio jumps out and scares the crap out of him.