Stern Show Executive Producer has had enough of “#TittyTuesday” 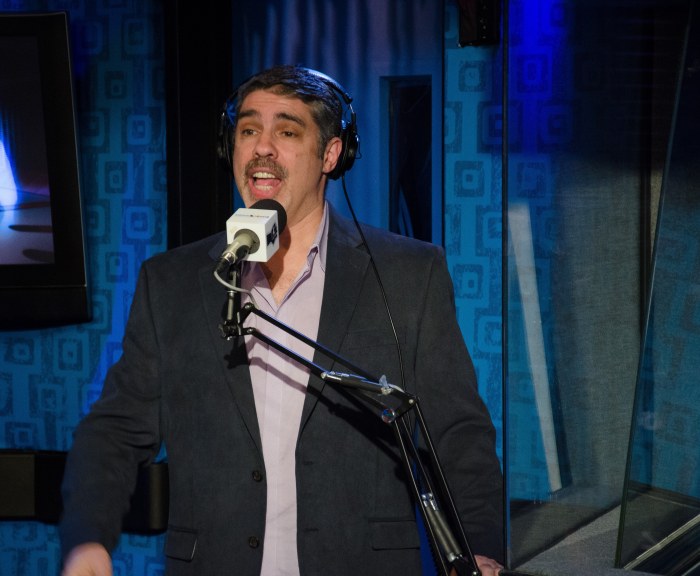 First he unfriended Howard on Facebook in an attempt to regain some privacy, and now Stern Show Executive Producer Gary Dell’Abate announced that he would be unfollowing Ronnie Mund on Twitter.

Gary explained that he was out with his wife and friends recently and began scrolling through Twitter on his phone. After passing stories in the stream from reputable news organizations, a huge photo of bare female breasts popped up out of nowhere … well, not nowhere. It came from Ronnie.

Ronnie maintained his innocence by claiming that he simply retweets another guy and did not see how he could be held responsible. “Titty Tuesday,” the 66-year-old added, as if it proved his point.

Still, the esteemed limo driver seemed about as concerned with Gary unfollowing him as Howard was when he got unfriended. “I don’t care, dude,” he told Gary. “Unfollow me. Block me.”

If you are interested in no longer receiving Ronnie’s retweets, adjust your settings as shown above. Photo: Twitter

Gary explained that he was in his home office perusing some dirty videos when his wife asked what he was doing. Not realizing that she could see a reflection in the window, Gary tried to claim he was just doing work. But he was totally busted. In the end, Gary found a scapegoat in another Stern Show staffer and claimed he was just opening a link Sal Governale sent him.