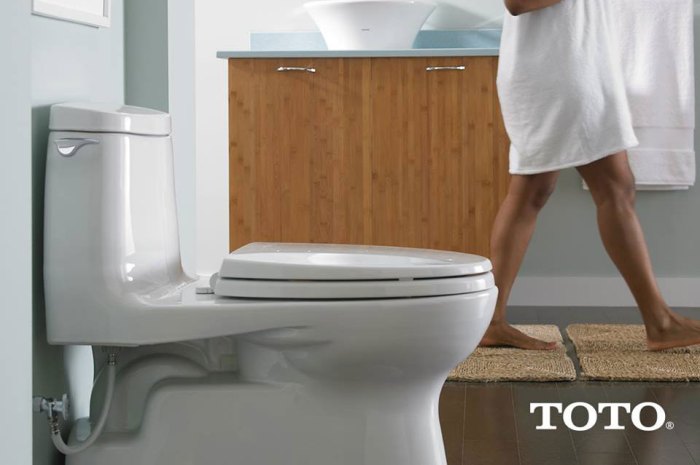 Robin Quivers had an announcement to make on Monday morning’s Stern Show. After jetting off to Hawaii, she was introduced to the private pleasures of using a Toto toilet. Howard was relieved to hear that this was Robin’s latest discovery, since she usually comes back from the break touting something a bit more obscure.

“I thought Robin got into foot binding,” Howard joked. “You always get into weird shit.”

The hotel that she was staying at on her trip included a Toto toilet in every room.

“Oh my goodness,” Robin exclaimed. “At first I was afraid of it.” But after working up the courage to try the toilet out, Robin became a big fan. Howard said on air how he owns a few Totos of his own and enjoys the water spray feature, although he often doesn’t get completely clean after using it.

“You hit this button and it starts spraying water up your ass,” Howard said. “And even with the water it doesn’t get everything out.”

Howard wondered how long Robin was allowing the water to spray her in order to get clean. “Maybe a minute, a minute and a half,” she answered. “It just feels like it’s hitting the right spot.”

The toilet doesn’t stop at the stream of water, though. Toto users can also have their undercarriages blown dry afterwards, but Robin opted not to do that.

“I found that weird,” Robin said, adding that she only uses toilet paper to dry off.

Howard questioned whether Robin was using the Toto correctly, since he does use the blow dryer. Howard described the order he goes in: water spray, blow dryer, then he stands and takes a baby wipe to test if he’s truly gotten everything out.

“How do you know you’re really clean?” Howard asked. “I bet if I checked you, I’d find doody in there.” Robin then dared him to come over and check her.

“I love that Toto toilet so much,” Howard said. Robin agreed, saying she wanted to rip out the one in her hotel room and install it in her home.

Watch the video below to see the Toto toilet in action.