”The beer is so fresh and so fricking good,” the Stern staffer lauded 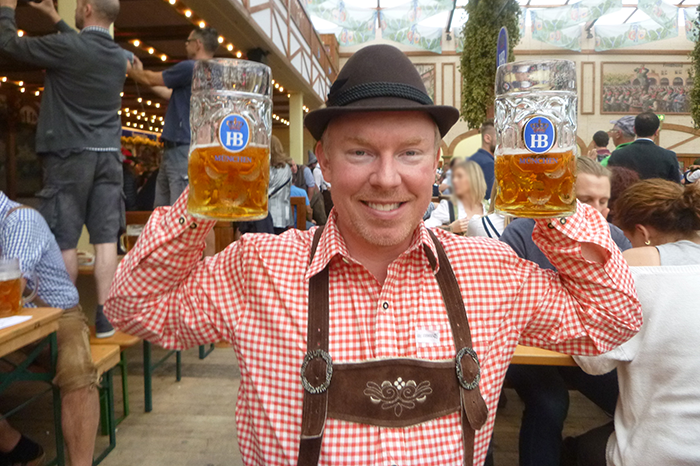 If there’s one thing Richard is more passionate about than Metallica, it may be beer.

After finishing his duties at the show last Wednesday, Richard hopped on a plane to Germany to attend the world-famous Oktoberfest celebration in Munich. After landing he immediately launched into an epic bender, which included drinking 6 to 7 liters of beer daily. He equated it to knocking back about 20 regular sized brews every 24-hours.

“I wrote it down,” the beer-drinking pro told Howard.

The money Richard spent traveling to Germany wasn’t originally allocated for Oktoberfest, however.

“My wife and I were trying to buy a house and that kind of fell through, so we were like, ‘Let’s do something fun so we’re not depressed about the house.’ And then we decided to go to Oktoberfest,” Richard told Howard. 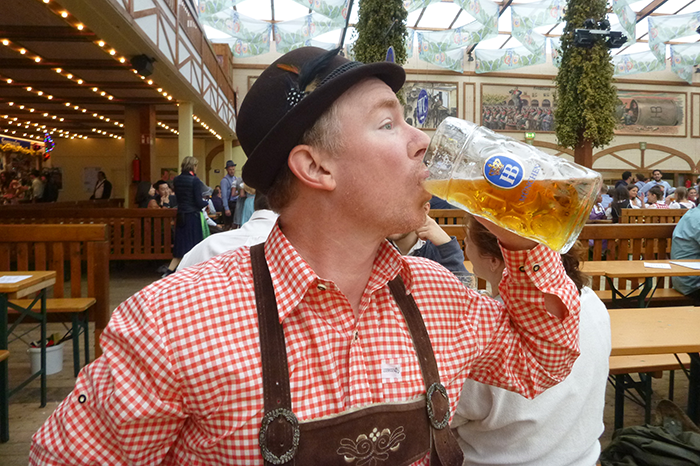 Every morning Richard would wake up and begin drinking immediately when the tents opened. “You can get the very freshest and most delicious German beers in each of the fourteen large tents and fourteen small tents,” he explained. “Some tents, like the Hofbrau tent, hold nearly seven thousand people inside and three thousand outside,” Richard continued. 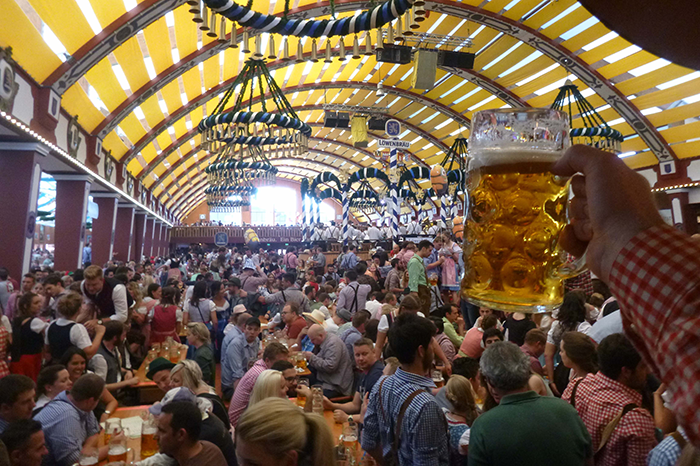 Between kicking back his favorite beers (try a Hacker-Pschorr if you make it to Oktoberfest yourself), maneuvering through “vomit park,” and falling asleep on a ferris wheel, Richard had the time of his life. “The beer is so fresh and so fricking good,” he exclaimed. 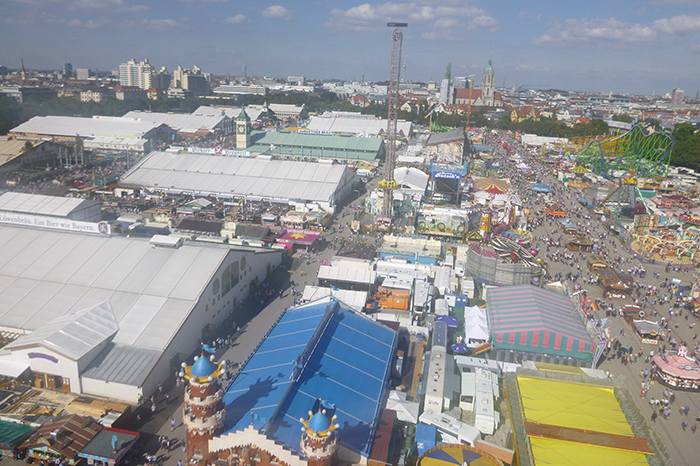 And if the world’s premiere beer drinking event wasn’t enough, Richard capped his trip off by hopping on a plane back to the U.S. and heading straight to his favorite Kansas City Chiefs bar to enjoy a nice American beer on Sunday.

Also, watch Richard chug beer through his ass (below):