Lobbying for the “Gathering of the Stupid” 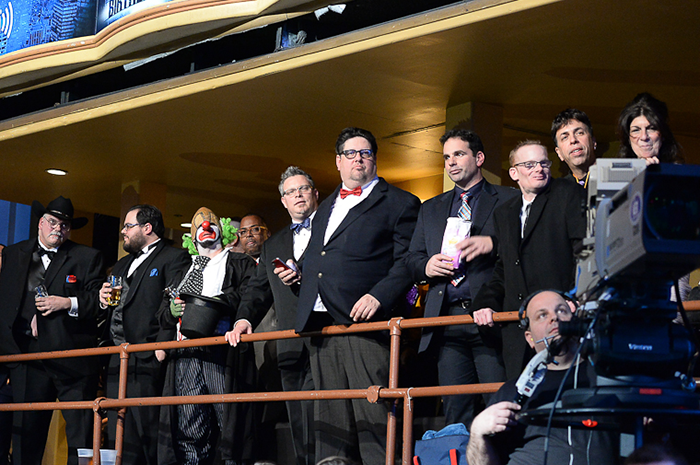 With the “Gathering of the Stupid” on the horizon, Howard brought Jason Kaplan into the studio to in order to present what proved to be a divisive proposal Wednesday morning.

“The idea of getting every single Wack Packer in a room together for a vote … if we just push it out a few months,” Jason began, only to be cut off by an incensed Robin.

“A few months?!” she exclaimed.

Howard brought the studio back to order though demanding that she “hear the boy out goddammit!”

“Is it possible if we waited a few months that let’s say we took Hank the Angry Dwarf, we could make him into a hologram?” Howard asked.

Jason said that it would be the top of his list to look into bringing back fallen Wack Packers as holograms, but he couldn’t promise anything.

While Howard vowed to keep an open mind and think about delaying the “Gathering of the Stupid” in order to accommodate these bigger picture ideas, Robin remained steadfast in her assertion that she was too excited about it happening and simply wanted it as soon as possible.

Stay tuned for the official ruling.