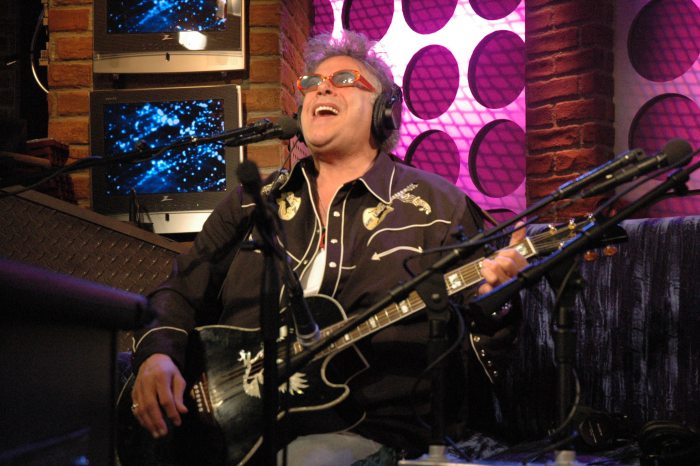 After years of coming on the Stern Show and being interviewed by Howard, guitar legend Leslie West recently turned the tables on his old friend. This time, it was Leslie who interviewed Howard as part of his new series for Music Aficionado. The two covered a wide range of music topics, including the many talents of Stern Show regular Lady Gaga, the greatest guitarist ever, and what it takes to make it in music.

Check out just some of the highlights from Leslie’s interview with Howard (below). 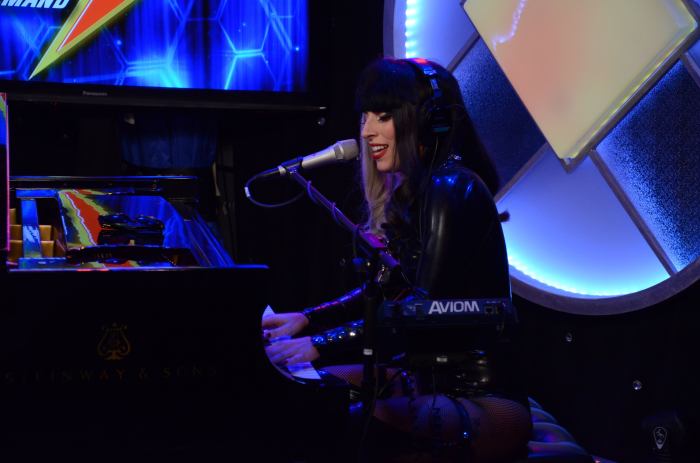 Pop superstar Lady Gaga gained a lot of new fans after her first appearance on the Stern Show, including Leslie West. “You had Lady Gaga on, and she floored me, man,” Leslie told Howard. “I didn’t expect that. Did you expect her to be that good?”

“I didn’t know what to think,” Howard said. “The first time she came in, I didn’t know her, but I admired the fact that she had put out this album. It was so pop. Then she came in and did everything all stripped down. I was blown out because today in a studio so many people can do things to their voice. She’s got real talent. She sat there at a piano and was pure. It was an amazing vocal performance, and even as a player she was great.”

Howard told Leslie he knew that having her on the show would confound some of his fans, but that, in the end, her performance that morning proved she was a world-class musician to anyone who was listening.

“A lot of people in the audience, the hard rock guys, were like, ‘Ah, what can this be?’ Then she came on the show and shut everyone up. It was great,” Howard said of Gaga. 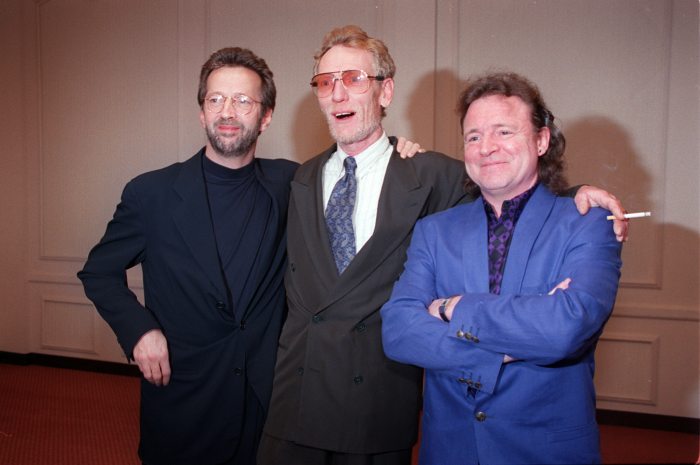 Both Howard and Leslie know how hard it is to make it in music, especially now. While a judge on “America’s Got Talent,” Howard said he’d often give some straight talk to the performers competing on the show about the difficulties of becoming a hit musician. Leslie shared a story about the rock band Cream and how they got signed by Atlantic Records.

“The only way Cream got on Atlantic Records was because the Bee Gees were incredible. Robert Stigwood [the manager of both Cream and the Bee Gees] said, “Well, if you want the Bee Gees, you have to take this other group,” Leslie told Howard.

“Oh, my God. Wasn’t Cream the greatest? They were the greatest,” Howard said. “I swear to you, in high school I cried when they broke up. I remember when ‘Goodbye’ came out, I was an emotional wreck. They were just something else. I would love to interview Clapton about the Cream years.” 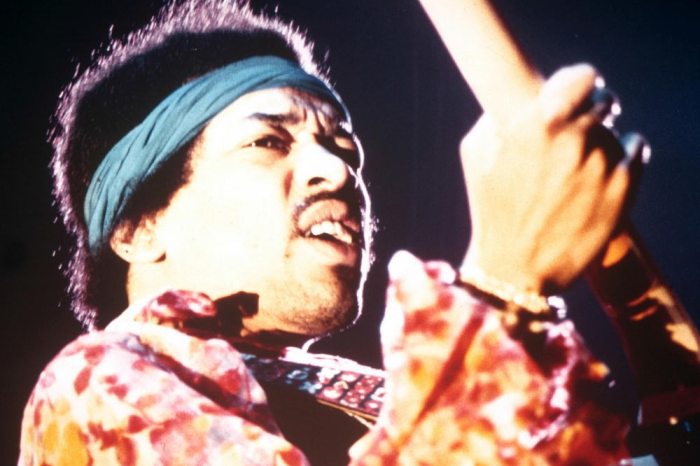 When Leslie asked Howard to name his favorite guitarist, Howard had to set something straight.

“Favorite guitarist? I’m excluding you from the list because you know how I feel about you,” Howard told Leslie. “But yeah, you and Eddie Van Halen—and certainly Clapton during Cream’s whole thing.”

“Mine used to be Clapton, as you know,” Leslie said. “Then I don’t know what the fuck happened. He started using Fender amps. Jimi Hendrix became the guitar player. Even though I loved Van Halen, there was Jimi. I became very good friends with Janie Hendrix, Jimi’s stepsister.”

“She runs a tight ship,” Howard said of Janie Hendrix. “I remember when I made the movie ‘Private Parts’ we wanted to use Hendrix’s music in a scene, and they were OK with it as long as it didn’t involve drugs. I was smoking a joint in high school and we couldn’t do that, so we had to put it somewhere else. They’re very strict about that.”

Howard’s love of Leslie West and his rock band Mountain goes all the way back to when he was still a kid living with Ben and Ray Stern. Leslie recalled something Howard wrote about listening to his music when he was younger.

“In the liner notes you wrote for one of my albums, ‘Theme,’ you said that to piss your mother off you’d play Mountain in your room really loud,” Leslie told Howard.

“That’s really the truth. I still do it to this day,” Howard said. “I took up painting, and I have a playlist of music I play while I’m painting. The only problem with the playlist is that literally 40 to 50 percent of it is Mountain. In fact, I said, ‘I’ve got to delete some of these songs because every time I put it on it’s a Mountain song.'”