“Jimmy has that unique ability to be harsh and caustic… and yet still it’s sort of nice,” NPH tells Howard 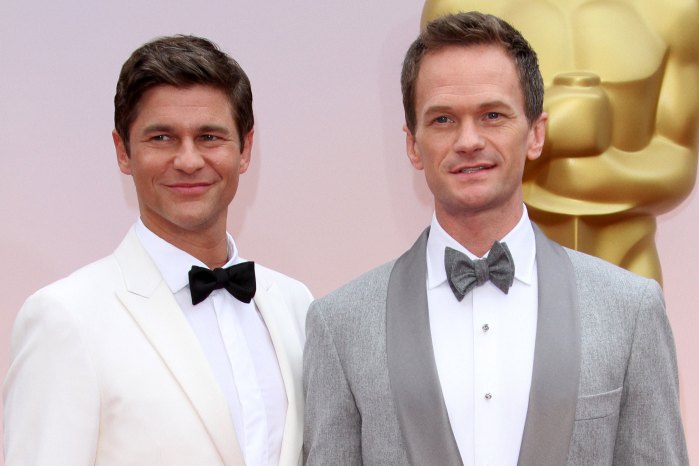 Neil Patrick Harris has to transform into several different characters in his new Netflix series “A Series of Unfortunate Events,” but that’s a breeze compared to how hard he said it was hosting the 87th Academy Awards. On Wednesday’s Stern Show, NPH gave Howard some behind-the-scenes Oscar stories.

“It’s a very strange and weird position to be in,” Neil said of hosting Hollywood’s biggest night. “The job is really to honor the people that are nominated so it’s a tricky one to do, because if you spend too much time doing content, then you’re making the show about yourself. If you don’t spend enough time doing content, then the show is boring so you have to figure out how much is too much.”

This year, Jimmy Kimmel will host the Oscars for the first time and Neil is confident the late-night host and friend of the Stern Show will be great.

“I think Jimmy Kimmel is the perfect wheelhouse for that kind of show,” Neil told Howard. “Don’t you think that Jimmy has that unique ability to be harsh and caustic like Ricky Gervais and say jokes at people’s faces and yet still it’s sort of nice?”

For Neil, making jokes at someone else’s expense just doesn’t fit his nice guy persona. And even though these days Neil can do it all (TV, film, theater), he told Howard he felt a bit out of place emceeing the Academy Awards. “The Oscars was a big giant mind-fuck that way because, I’m not really a movie guy,” Neil admitted. Neil is a magic guy, though, and pulled off an illusion at the end of the evening, revealing a list of the big winners that had been in a locked box guarded by actress Octavia Spencer. The trick worked, but maybe not as well as Neil had hoped.

“I think it was not a great idea because I kept having to remind people that it existed,” Neil explained. “I just think it fell a little flat.”

After finishing his duties that night, Neil told Howard he walked off stage thinking he had done fine in his first time as Oscars host.

“I actually thought I did a nice job … I worked hard on it and I thought it was fun,” Neil told Howard. “And then I looked at fucking Twitter.” The reviews weren’t brutal, but Neil said they weren’t positive, either. To makes matters worse, Neil read all of the criticism right before being interviewed by Kelly Ripa and Michael Strahan.

“I had to go out and talk about how the show went on ‘Kelly and Michael,'” Neil said. “I think if you were to watch it back I would sort of be depressed.” To this day, Neil told Howard he still hasn’t gone back and watched himself hosting the Oscars, and that when he watches others host award shows now, it’s in a whole new light.

“I watch them in a very different way than, probably, most people do,” Neil said. “I’m not passing judgment on it because I’ve been that person, so I’m much more empathetic, I think, because I think no one realizes how much work goes into that award show world on every level.”