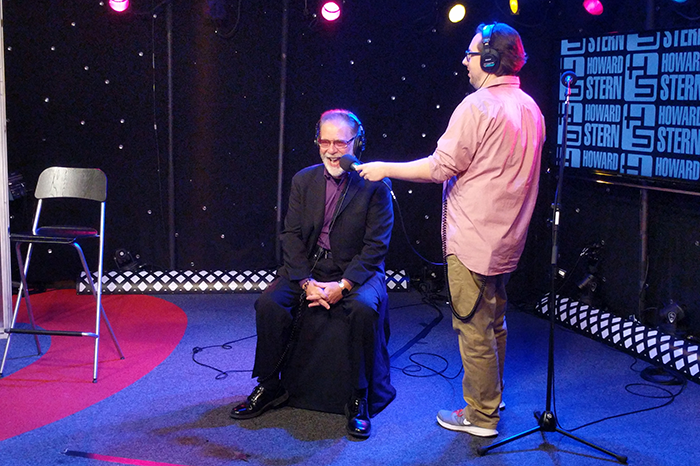 Ronnie Mund transformed Wednesday morning into a 28-year-old “farm girl” named Jamie with dirty blonde hair, 36D breasts, and a raging Jason Statham crush—or at least so he thought. Scott Schmaren had hypnotized the 67-year-old limo driver to believe he was a “magnificent, beautiful woman” who wanted to ride a speaker to orgasm in honor of the 30th anniversary of Howard’s notorious radio bit.

Before revving up the speaker, though, Howard got acquainted with Jamie, who said she was about 5’10” with “a little bit of a bubble ass” and “a very, very, like smooth pussy … and I have a big clit,” she added. Jamie also claimed to have “big nipples,” describing them like “pencil erasers.” 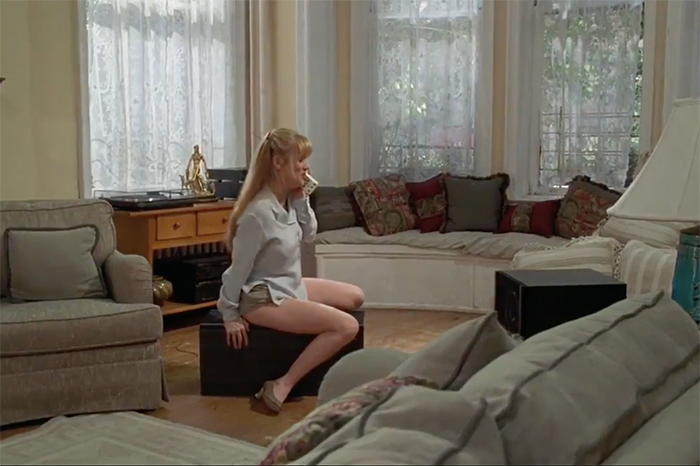 With that, Howard encouraged Jamie to hop on the speaker, but not before inquiring about what she was wearing for the special occasion. “You know the store PINK?” Jamie asked in a sultry whisper. “I’m wearing a pair of their thongs. They’re black and white and it says ‘pink’ on the band … And some furry boots.”

Once Jamie was situated on the speaker, Howard began making humming noises to attempt to bring her to orgasm. Though she claimed to feel some tingling, it wasn’t doing the trick. Scott Schmaren put Ronnie back under hypnosis and instructed him that, when he awoke again, he’d still be Jamie, but this time when Howard spoke he would hear Jason Statham’s voice instead.

With this tweak, Jamie immediately became hot and bothered.

Howard had her ride the speaker once again, but despite coming close she could not reach orgasm the second time around, either. That didn’t stop Jamie from begging “Jason Statham” to take her right then and there on the floor, though. “I’d rather have the real thing, honey,” she said.

Things took a dark turn when Jamie revealed that she had a single tattoo on her arm, but couldn’t divulge what it depicted for fear it would make her cry if she discussed it. After much prodding from Scott and Howard (or Jason), she caved and told them it was of her deceased dog Dudley.

The revelation left Jamie inconsolable and she refused to even speak to “Jason” anymore. “Fuck him, he hurt me,” she fumed. “You made me very upset now.”

Scott quickly put Jamie back under hypnosis and brought back “Happy Ronnie,” who immediately broke into laughter, remembering nothing of the past hour.