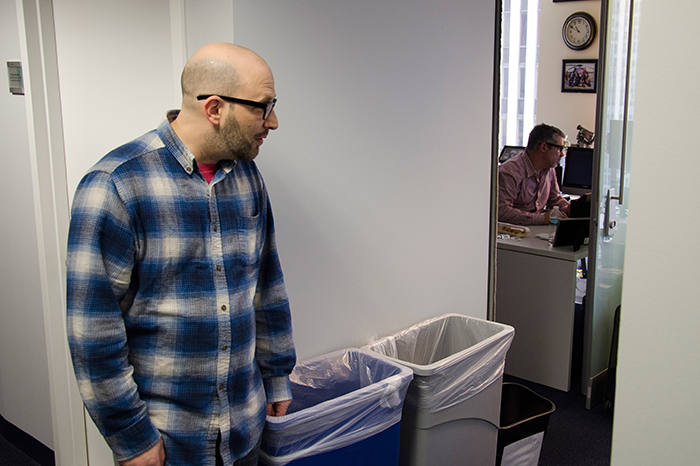 Tuesday’s birthday bashing represented a new low in Stern Show Executive Producer Gary Dell’Abate’s book. Between getting blindsided by a list of staff grievances (including some anonymous, voice-harmonized complaints), and getting subjected to ridicule of his 30-year-old MTV audition tape, Howard summed up the situation best: “This really is the show where when it’s your birthday, you shouldn’t even come into work.”

Nevertheless, by Wednesday morning everyone was ready to move on … everyone except Shuli Egar who was “still going around the halls bitching about Gary,” according to a note Howard received from the back office.

Shuli explained that the complaint he presented on Gary’s birthday is one that had been floating around for years. Furthermore, he said he simply reiterated it after fellow staffer Jason Kaplan raised the same issue—yet it seemed that Dell’Abate was only still angry at him.

“I’ve got a problem with you. You’re an annoyance,” Gary agreed. “You’re a two-faced annoyance.”

The bad blood boiled down to this: As gatekeeper to the studio, Howard has tasked Gary with deciding when a staff member has something worthy to contribute during the course of a show and, according to the veteran radio producer, Shuli’s constant badgering consistently leaves him overloaded. “We hired a Wack Packer,” he told Howard.

Shuli saw it differently. “I’m here to work. I’m here to do a job,” he argued. “Everybody’s a Wack Packer to him.”

It wasn’t only Shuli’s constant pitches that rubbed Gary the wrong way, either, it was the fact that when he didn’t get into the studio he would reportedly tell coworkers that he was being kept out of the studio by Gary. “I was not keeping him out of the studio. I was trying to let the best in,” Gary contended.

Robin Quivers had praise for both men. “Every time Shuli comes in here he pretty much hits a home run, so Gary’s sending him in at the right time,” she noted.

Though their differences remained unsettled, Howard decided that the two would need to maintain a working relationship if not a friendly one. “Shuli you need to go to Gary,” he said. “Gary you need to tolerate Shuli,” he reiterated.

One complaint everyone could still agree on was that Gary’s bogarting of Mindy Kaling’s lox was still uncalled for, even if he wouldn’t admit it.