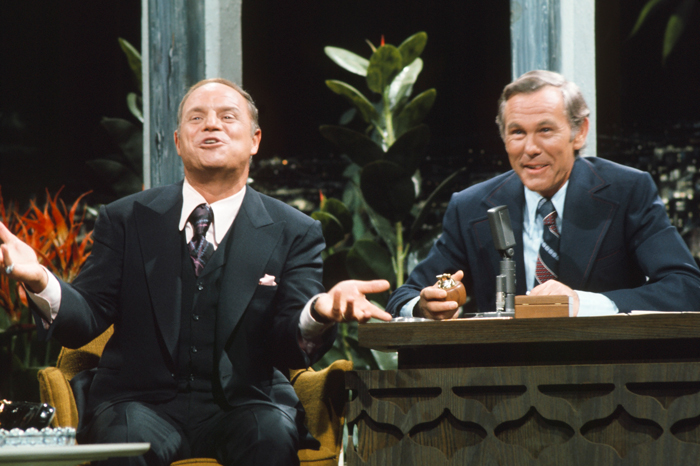 Don Rickles on “The Tonight Show with Johnny Carson” in 1974 Photo: Getty Images

Howard started Monday’s Stern Show by remembering Don Rickles, who passed away on Thursday at the age of 90. As a lifelong fan of the legendary comedian, Howard shared fond memories of watching Rickles on TV as a child.

“Don Rickles was so important to me growing up,” Howard told Robin about tuning in whenever Don was a guest on a talk show. “It was appointment television, at least for me and I think for a lot of America.”

“What a fucking force he was,” Howard continued. “I can say, without reservation, the best talk show guest I’ve ever seen and talk shows were the most important thing to me growing up. They were my refuge.”

Howard also praised Don for his many years on the dais of several celebrity roasts. “As soon as Don Rickles would be called up you’d just be excited,” Howard explained. Even with his cutting insults, Don always managed to get the room roaring with laughter. “It was the unique quality of Don Rickles that he could get away with anything,” Howard said. “It was just shocking and funny and you just would laugh your ass off. That’s how good he was. He was such an innovator. He was so different from everyone.”

Both Jimmy Kimmel and David Letterman received messages of gratitude from Howard on Monday since both late-night hosts gave him the opportunity to meet the man he’d idolized for so long. “I had this glorious night with Don Rickles many years ago at Jimmy’s house where we just talked about everything,” Howard told Robin. At Don’s side the entire evening was his loving wife Barbara, whom he married in 1965. “She just made sure he was OK. They were really devoted to one another,” Howard said.

It was at one of Kimmel’s parties that Howard got a chance to tell Don what an enormous influence he was. “I got to tell Don how much he meant to me,” Howard remembered, though he wasn’t sure the exact words he used. “I know the emotion was there. I said, ‘Don, I just want you to know how much you mean to me.'” Howard laughed as he recalled Don then promptly telling him to “shut up.” 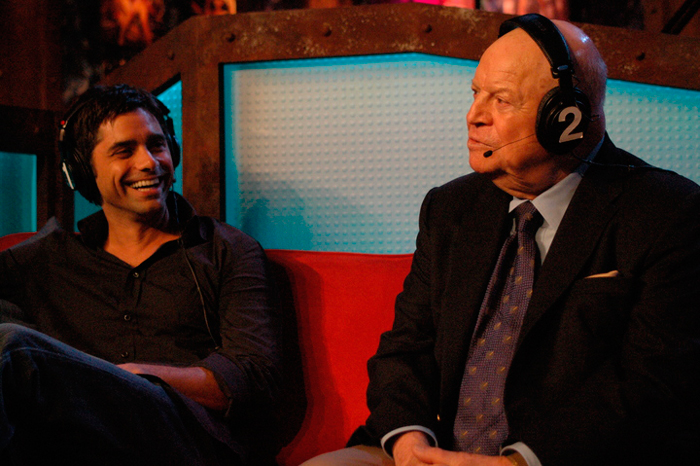 “I have to thank David Letterman, too,” Howard said. In May 2015, Rickles and Howard appeared together on “The Late Show”—the final appearance for both men before Letterman’s retirement from the longtime late-night series. But Howard felt funny about sharing the stage with someone as acclaimed as Rickles since this was someone he’d spent years watching on TV—the enormity of the situation was not lost on Howard.

“I can’t even think about it too much or it will freak me out,” Howard told Robin, adding that he wouldn’t have believed it had you told him as a child he’d be on a talk show with Don Rickles. “I would have fallen off my chair. To me, he was the funniest. He was the best,” Howard said.

Their “Late Show” appearance was nothing short of extraordinary, with Don receiving a standing ovation. “I was waiting for Don to really fucking, you know, smack me around a little bit,” Howard admitted. Instead, the comedian offered nothing but compliments for Howard and his own indelible mark made on comedy. 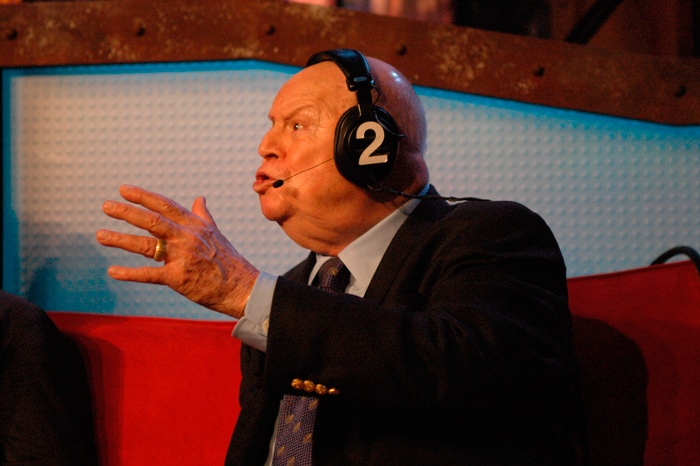 In 2007, Don Rickles made a surprise appearance on the Stern Show, accompanied by John Stamos. Howard also thanked Stamos during his tribute on Monday, not only for bringing Rickles up to the Stern Show but for being one of Don’s closest friends for so many years.

“Don Rickles, rest in peace. You gave us a lot of laughs,” Howard concluded.