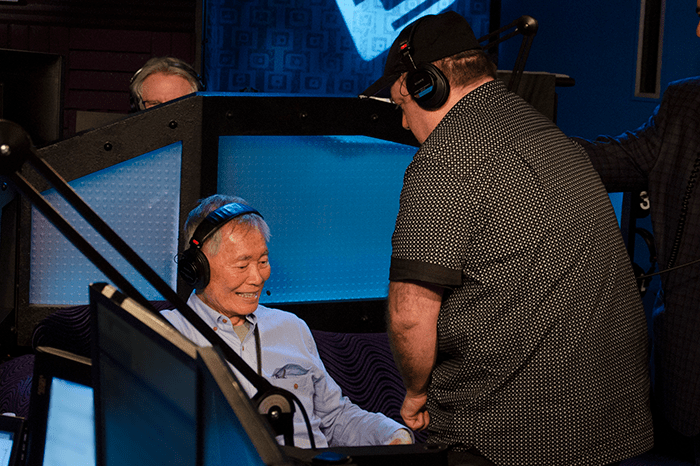 Howard promised George Takei 80 feet of penis for the actor’s Big Gay 80th Birthday Bash on Monday and at least a few of those inches came from Stern Show staffer Benjy Bronk.

Benjy reportedly spent a few minutes outside the studio preparing his manhood for public display before making his entrance and whipping out his penis. “Don’t get too close to George,” Howard said as Benjy withdrew himself to a dramatic drum beat. “Give him some distance.”

Benjy insisted that millions have praised the head of his penis before, but George’s initial response was less than effusive. “Is that the full length?” he asked.

“There are some that are flaccid and long,” George explained.

Benjy kept offering to show photos of his penis to the birthday boy, despite being fully exposed just a few inches away from the actor’s face. George declined, saying he preferred to see the real thing in its proper context, even if it’s flaccid.

While George said Benjy’s penis was lacking in length and refused to praise it on the whole, he was very gentle with his critique. “Penises come in all sizes. All shapes. All forms” George told Benjy. “The head is lovely.”

After Benjy exited the studio, George questioned his motivations for flaunting his manhood on Twitter. Ultimately, he wondered if Benjy was having much sex.