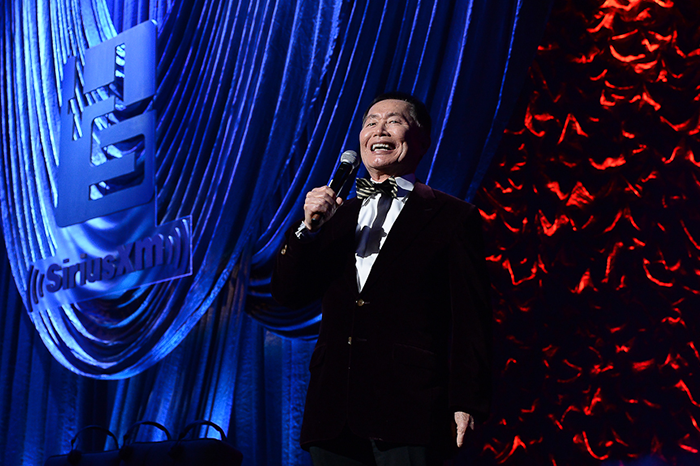 Wednesday morning started with a bang as Howard teased fans with a taste of what’s to come on Monday when the Stern Show celebrates George Takei’s Big Gay 80th Birthday Bash!

The King of All Media promised a “constant buffet of balls” for George who will be feted by Richard Christy and Sal Governale’s prettiest asshole contest, an appearance by Top Gay Andy Cohen, an array of fabulous singers who will be performing entirely nude, and so much more.

One person who will not be in attendance is George’s old “Star Trek” co-star William Shatner, who told Gary Dell’Abate he’d be “celebrating George’s birthday by spending the day in a mausoleum.”

Richard is reportedly so excited about the party that he plans on “chubbing up” right up until he gets into the studio, while Sal is spending the days leading up to the event using hemorrhoid cream to help secure a win in his contest.

The studio, meanwhile, is in the midst of a series of “undressed rehearsals” in preparation of the big day.