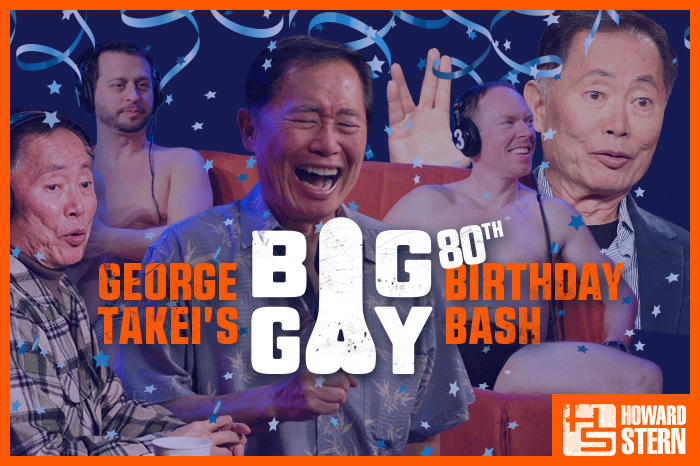 The Stern Show got crazy on Monday morning after Howard kicked off George Takei’s Big Gay 80th Birthday Bash. George was in studio for all the festivities and couldn’t wait to see what Howard had in store. Before the celebration started, Howard asked George about his recent April Fools’ Day prank where he insinuated in a tweet he was running for a seat in Congress. George was only joking but that didn’t stop a few celebrities from giving him their endorsement, including Oscar-nominated actor Mark Ruffalo.

George also told a story about famed film director Francis Ford Coppola, whom he first met when they were both students at UCLA. According to George, he lent the young moviemaker $500 to make a student film but was never repaid. Years passed and despite bumping into each other at various events, George never mentioned the debt.

“I didn’t want to be aggressive,” George said. “I waited for him to bring it up.”

Word eventually got back to Coppola who sent a note to George and Brad inviting them to his winery. A nice gesture, for sure, but Howard wondered why Francis didn’t just repay him.

“When he wines and dines me I’m sure it’s going to be well worth more,” George said.

To kick off the Big Gay 80th Birthday Bash, Howard played a phony phone call of “George Takei” calling a religious radio show. It was actually a George Takei impressionist but the voice was so good, even George was fooled. Hear the prank call (below).