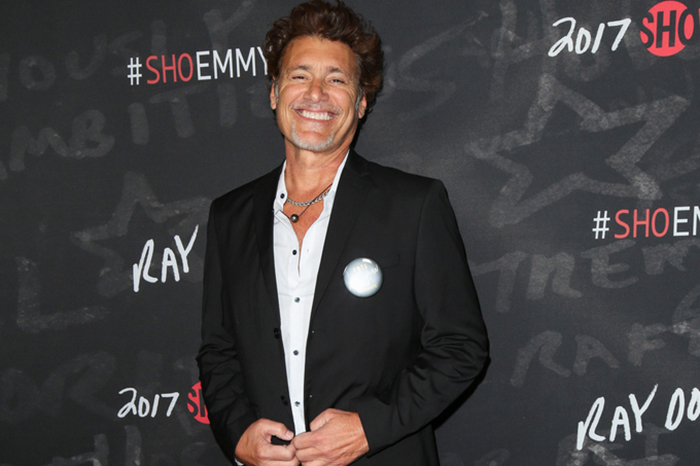 Last month, Howard headed out west while the Stern Show was off the air for a week. On Tuesday, he gave Robin some of the details about his trip, including visiting with his daughter who lives in California and getting a full body medical scan from former Stern Show guest Dr. David Agus. Turns out, Howard is as healthy as a teenager, according to his test results.

“Well, I’ve been telling you for a long time nothing’s wrong with you,” co-host Robin Quivers joked after hearing of Howard’s clean bill of health.

With his doctor appointment out of the way, Howard got a chance to relax by the pool of his Los Angeles hotel, but he made sure to stay out of reach of the sun’s harmful rays. “I sit under like a hut because I don’t want any sun,” Howard said, adding that he still wears a big hat that offers him even more protection. While lounging in his private poolside tent, Howard was approached by a passerby who stopped to say hello.

“Some guy comes over to me and he goes, ‘Hey, Howard. Hey, I’m a big fan. Do you know who I am?'” The man looked familiar but Howard couldn’t place his name to his face. It was actor Steven Bauer, probably best known for starring alongside Al Pacino in “Scarface.”

“So I go, ‘Oh dude, I love that fucking movie!'” Howard told Steven. Robin also knew that Steven played Avi on the Showtime series “Ray Donovan,” a show both she and Howard have watched for years.

Steven wasn’t the only person to come into Howard’s private area, however. Howard told Robin another gentleman was walking and talking on his cell phone and veered into the cabana. Before Howard could even say something to this stranger, a hotel staff member rushed over and told the man he had to leave.

“The guy was completely ushered right out of there,” Howard said with a laugh. “I didn’t see that guy again by the pool. I think they had him executed.”

One thing Howard didn’t get to do during his L.A. trip was see his good friend Jimmy Kimmel who, along with his wife Molly, just welcomed a baby boy into the world. Jimmy shared the emotional story of his son being born with a congenital heart defect on his show Monday night, explaining that newborn Billy needed immediate surgery at the Children’s Hospital Los Angeles to repair a pulmonary valve. Howard heard the news while still in California and contacted Jimmy and Molly to tell them they were in his thoughts.

The good news: thanks to a team of several doctors, nurses, and surgeons, Jimmy announced on air his son is doing great now, though he will likely require further surgery when he’s older. He also proudly showed off a photo of Billy smiling.