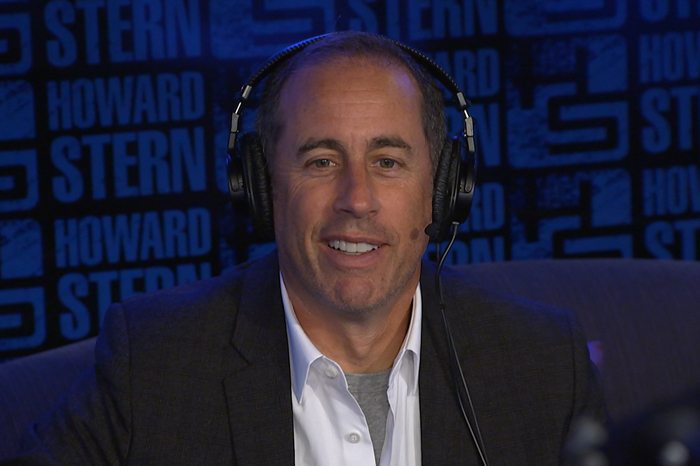 Fans of the sitcom “Seinfeld” probably can’t picture anyone other than Emmy-winner Julia Louis-Dreyfus playing the part of Elaine Benes, but on Monday’s Stern Show Jerry Seinfeld told Howard there were a couple of other A-list stars in contention for the role.

“You know who was very close was Megan Mullally. We liked her a lot,” Jerry said of almost casting the eventual “Will & Grace” star. “But [then] Julia came in.”

Jerry also confirmed comedian Rosie O’Donnell tried out for the part of Elaine and although she was very funny, it was decided she wasn’t right for the role.

Howard threw a few famous names out that he had heard were almost cast as George: Paul Shaffer, Danny DeVito, Steve Buscemi, and David Alan Grier. Jerry said he didn’t recall any of them being strongly considered for the role, but it’s possible they could have auditioned.

“I patterned my show after that show,” Jerry told Howard. “The idea of [‘The Abbott and Costello Show’] is everybody is evil for no reason.” So too were the characters on his sitcom who even wind up in jail on the series finale after not helping a man being mugged. Jerry explained their rule on the series was there was no hugging and no learning allowed.

Aside from influencing the show’s premise, Abbott and Costello also played a part in naming the character George Costanza – his middle name is Lou, a nod to Lou Costello.

With so many TV shows from the ‘80s and ‘90s being rebooted recently, Howard wondered if Jerry would ever consider getting the gang back together.

“I have been approached with astronomical numbers by certain large entertainment entities to bring it back,” he said. “You can only make it worse.” 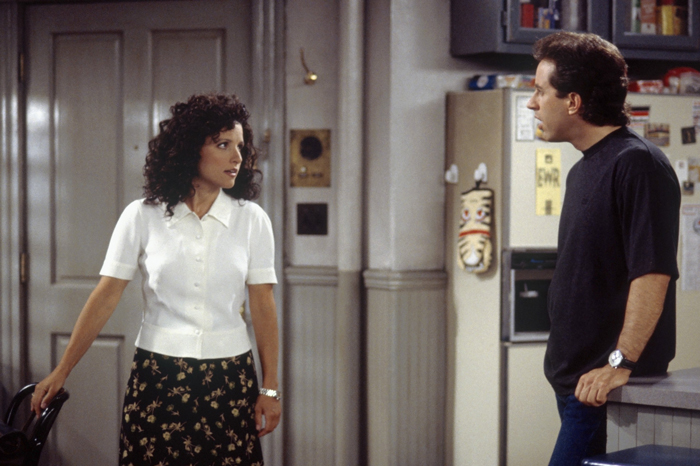 He didn’t say specifically what kind of money was offered, but to Jerry it’s not about scoring another payday with a second coming of “Seinfeld.”

“There’s no number — you don’t tamper with certain things,” he explained.

Another thing Jerry doesn’t tamper with is his daily, hour-long chat with his friend and fellow comedian Barry Marder. “We literally keep each other alive,” Jerry said of Barry.

Barry is beloved by Jerry’s wife and kids, too, as he frequently visits the house to hang with the family. And even though Jerry has a busy day today, he told Howard he’s looking forward to talking on the phone with Barry. “We discuss the best bits from yesterday’s call – we call them residuals,” he said.

It was one of Jerry’s other friends who unknowingly convinced him not to retire from stand-up comedy — Chris Rock. After “Seinfeld” ended in 1998, Jerry decided he would take a break (possibly permanently) from performing in public. But after attending one of Rock’s live shows he began having second thoughts.

“I sat there, I laughed the whole hour and I went, ‘That was an incredible experience he just gave us,’” Jerry recalled. “I had never had the experience of going to see a comedian and having them make you laugh for an hour.”

Jerry realized enabling people to laugh wasn’t something he wanted to give up. “Comedians, we don’t know it, what we’re doing. You just do it,” he continued. “It’s a nice gift to give.”

Jerry continues to sell out stand-up shows throughout the country and Robin asked if the crowds still greet him with a standing ovation as he takes the stage.

“I find that very uncomfortable. I haven’t done anything,” Jerry said with a laugh. “At the end, OK, I’ll take it. At the beginning, it’s a little odd.”