Gary, Jason, and Will were all left off the guest list 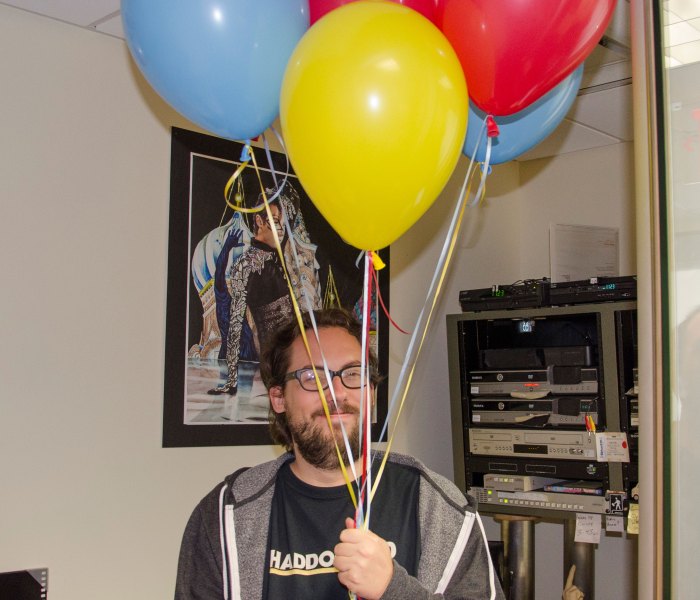 JD Harmeyer celebrated his birthday last month, but only a select few from the Stern Show received invites. The truth came out on Wednesday morning after Ronnie, under hypnosis, blurted out how he was there for JD’s special day.

“JD had a birthday party, nobody fucking showed up,” Ronnie said while laughing. “I took a fucking subway to come to his fucking birthday.”

That JD did anything for his birthday was news to Will Murray and Jason Kaplan who thought, for sure, they would have been invited to his party. “I’ve been one of his best friends for the entire time that he’s been here,” Will told Howard.

“It wasn’t even, like, a party, it was just, like, a get-together,” JD explained. “My girlfriend … she texted people last minute. I didn’t do anything.”

According to JD, his girlfriend only reached out to people they regularly hang out with and who live “in the city” like they do. That includes Richard Christy, Jon Hein, Ronnie Mund, and all of their significant others.

“Not one of those people live in the city,” Jason said, adding that he lives in New Jersey, which is just as far away from Manhattan as some of the staffers on JD’s guest list.

Will worried JD’s girlfriend is misinterpreting what she hears on the show. “I bust his balls a lot on the air and I think the girlfriend must take that as ‘Oh, that’s how he really feels about JD,” Will said. “There seem to be these cliques that are building around here. That’s fine, OK, but I just want to know where I kind of stand.”

“This is ridiculous. It has nothing to do with how I feel about any of you,” JD told Jason and Will. “If it were up to me, I’d spend my birthday alone, for Christ’s sake!”

But Jason and Will weren’t the only ones who felt left out. Gary entered the studio and told Howard how a year and a half ago he asked JD if he could hang out with him, Jon Hein, and Ronnie some night. According to Gary, he continues to not be invited to things.

“They must have gone out ten times since,” Gary said.

“I can’t believe people are fighting over JD,” Howard said with a laugh. “JD hangs out behind the velvet rope. It’s hard to get in to see him.”