“Leto and I didn’t meet until after the final scene of the movie,” the method actor reveals to Howard

Tuesday morning marked the return of Matthew McConaughey to the Stern Show, ahead of the release of his new movie “Gold.” The A-list actor talked to Howard about his one-of-a-kind Hollywood career and how he transitioned from romantic comedy’s go-to leading man to TV star to Oscar winner.

Check out some of the highlights from McConaughey’s interview (below).

When Matthew Met Jared Leto … on the Last Day of Shooting 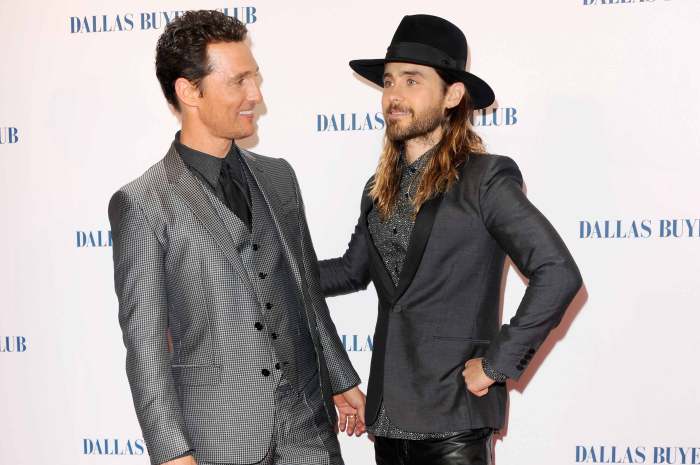 Matthew had nothing but nice things to say about his “Dallas Buyers Club” co-star Jared Leto but revealed the two didn’t truly get to know each other until the final day of shooting, since both stayed in character throughout the entire production of the film.

“Leto and I didn’t meet until after the final scene of the movie,” Matthew told Howard. “When we finished, it’s a wrap, I turn around and go, ‘Leto, how’s it going?’ He goes, ‘It’s going alright, McConaughey. That was fun.'”

Even when cameras weren’t rolling, Matthew said he addressed Jared as his character Rayon. For Matthew, the method acting process works.

“That’s fun. That’s not a pain in the ass,” he said. “All actors have their different things they do. If it’s constructive to doing the best work, hey man, pour gas on the fire. Let’s go. Do it.”

Getting “Dallas Buyers Club” on the screen was no easy task and Matthew told Howard about some of the early struggles he encountered while trying to get his passion project made.

“We willed that picture into happening,” Matthew said of he and director Jean-Marc Vallée. “We didn’t have any money to make it. We were talking out of our asses, we were bullshitting, but the thing is, we didn’t flinch.”

When the financing goals came up millions of dollars short, Matthew explained how Vallée cut costs by scrapping the entire grip department, a.k.a. the lights. “The only light on the entire set was a headlight from the car that pulled me up,” Matthew said.

Some Help From Sandra Bullock 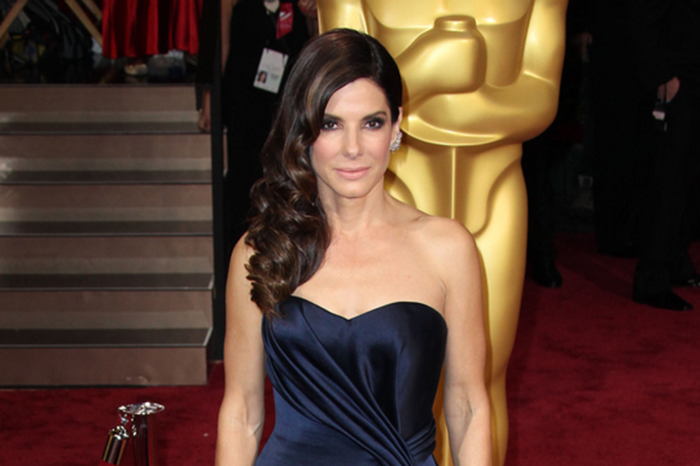 If not for the rising star of Sandra Bullock, Matthew told Howard he might never have landed the lead role in 1996’s “A Time to Kill.” Originally cast in a much smaller part, Matthew took a meeting with the movie’s director Joel Schumacher and asked to be considered for the character Jake Brigance.

As much as Joel liked Matthew, he explained the studio wasn’t willing to take a chance on an up-and-coming actor. Matthew told Howard Brad Pitt, Kevin Costner, and Woody Harrelson were all being considered to star alongside Sandra Bullock. But after Sandra’s movie “While You Were Sleeping” became a box office hit, Matthew said there was less concern about hiring a household name.

“There’s leverage that comes with that,” Matthew said.

John Grisham, author of the novel “A Time to Kill,” also had final approval on who would play Brigance and hadn’t yet given the OK to any actor. With time running out before the start of production, Matthew was given an audition, but Joel still cautioned him not to get his hopes up.

“I think he was telling the truth,” Matthew said.

The audition went well, though, and soon he received a call from Schumacher who asked him if he wanted the lead role. “Hell yeah I do. So we were off,” Matthew told Howard. “A Time to Kill” went on to make over $100 million in the U.S. alone and turned McConaughey into a superstar.

“All of a sudden … the world becomes a mirror,” Matthew said of seeing his face on magazines at the grocery store checkout line. “I needed to go where there wasn’t a mirror.” He selected a 21-day trip down the Amazon as his escape from his newfound fame.

From Rom-Coms to TV to Oscar 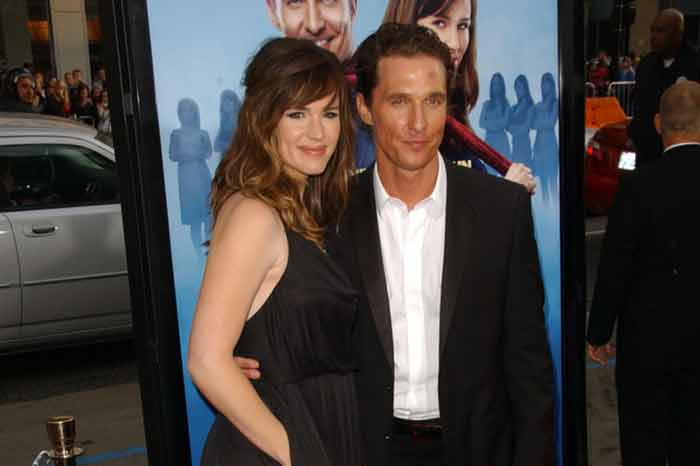 Matthew McConaughey and Jennifer Garner at the premiere of “Ghosts of Girlfriends Past” Photo: PRPhotos

Matthew McConaughey became a rom-com regular in the early 2000s, starring in hit movies with Jennifer Lopez, Kate Hudson, Jennifer Garner, and Sarah Jessica Parker. “I was kind of the romantic comedy go-to guy there for quite some time,” Matthew said. “They’re fun, they’re working out, I’m having a good time doing them, they’re paying great.”

Soon enough, though, Matthew realized he was ready for a new challenge. “I want to do something that scares me a little bit,” he told Howard. He devised a plan to pump the brakes and say no to making romantic comedies for a while in an effort to “unbrand” himself. He assumed his agent would try to convince him it a bad move, but that wasn’t the case.

His plan worked. Eventually Matthew found himself in talks with directors for roles in much more substantial movies like “Mud,” “Bernie,” “Magic Mike,” and, of course, “Dallas Buyers Club,” which earned him an Academy Award in 2014.

“What I think is, the year and a half being gone and not showing up in another romantic comedy … I became a new good idea,” Matthew said. In addition to different movie roles, Matthew took on a different medium, starring in the acclaimed HBO series “True Detective.”

“I don’t give a damn what screen it’s on, look at the quality of this script,” Matthew said of acting on television. As far as whether he’ll return to his role as Detective Rust Cohle for a third season, Matthew said he’ll at the very least thumb through a script if one lands in his hands.

“If another one came around, I’d sure give it a read,” he told Howard.

Look no further than Matthew’s mom and dad as explanation for where he gets his free spirit from. “They’re outlaws,” Matthew said of his parents. “Divorced twice, married three times, 39 years—they were wild.”

Despite their on-again, off-again relationship, Matthew’s parents loved each other until the very end. Matthew told Howard how his dad died, just as he had always predicted he would.

“He said, ‘Boys, when I go, I’m going to be making love to your mother.’ He called his shot,” Matthew said of his father, who indeed died during a moment of intimacy with his wife. Matthew recalled how his mom insisted paramedics take her husband out of the house uncovered and fully nude, even though neighbors had gathered in the street.

When it came time to get into character for his new movie “Gold,” Matthew said he drew much inspiration from his dad’s optimistic personality. “My dad was a guy who woke up every morning, threw his legs over the side of his bed, said ‘Today’s gonna be the day.'”