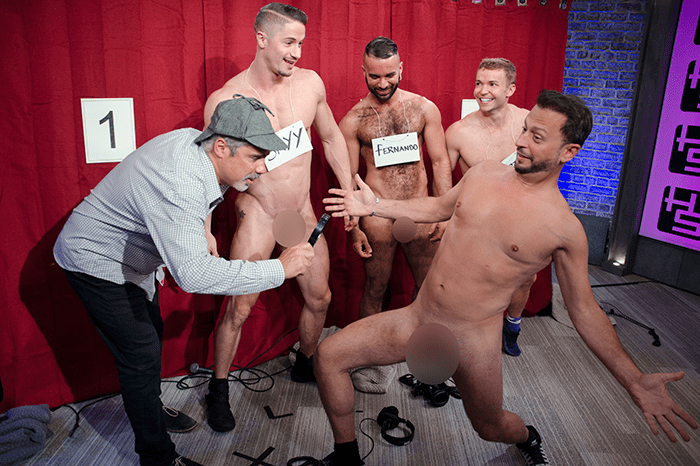 After years of asserting that he would be able to identify Sal Governale’s penis in a lineup of similarly shaped phalluses, Gary Dell’Abate was finally put to the test on Wednesday, the 18th of Cocktober.

Dressed in garb reminiscent of Sherlock Holmes with a magnifying glass for close inspection, Gary arrived confident in the studio. “It’s very distinct,” he told Howard of Sal’s manhood.

“I haven’t studied it, I’ve just seen it 20 times by accident,” he clarified, explaining it has certain noticeable features including a two-tone coloring and uncircumcised tip that reminded him of “chewed gum” or a “deflated balloon.”

Skyy Knox, Gabriel Cross, and Fernando del Rio dutifully arrived to provide stiff competition behind the curtain and Sal noted that based on their packages, Gary might have a harder time than expected.

“I believe I can do this,” Gary maintained as the penis models lined up.

And within seconds of seeing the playing field, he was sure of his choice. 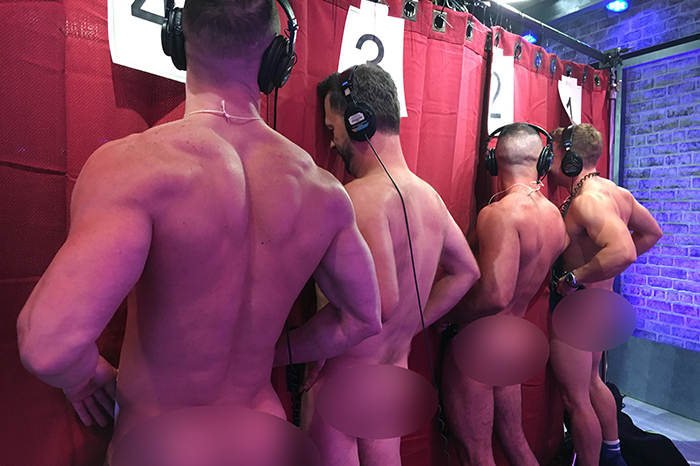 “We’re going to start with Number 1,” Gary began. “It’s not even in the same zip code as Sal’s … that thing’s ridiculous,” he said of the extra large penis.

The second option was closer to Sal’s, but not quite dead-on. “It doesn’t have that weird thing I was talking about at the end, the chewed gum thing,” Gary continued.

Arriving at the third body, he was certain. “It’s like ‘Where’s Waldo?’ is wearing a fucking Day-Glo shirt,” Gary joked. “That is so Sal’s cock.”

The last penis, which looked “like a guy’s finger” according to Gary, didn’t change his decision.

And much to Sal’s disappointment, he was correct in the identification.

“No other cock looks like Sal’s cock,” Robin offered in conclusion.