On the anniversary of her first call to Howard, the Stern Show looks back at Wendy's many memorable moments

Howard was taking his last few phone calls for the day during a February 2002 Stern Show when he picked up on a sweet-sounding girl from Florida named Wendy. 15 years later, she’s now one of the most well-known callers in the show’s history.

This week, the Stern Show celebrates Wendy the Slow Adult and all of the unforgettable moments the lovable Wack Pack member has had throughout the years with a 15-year interactive timeline. From her famous Freddy Krueger impression to her legendary ruling in Special People’s Court, relive all of Wendy’s most memorable Stern Show moments (below). 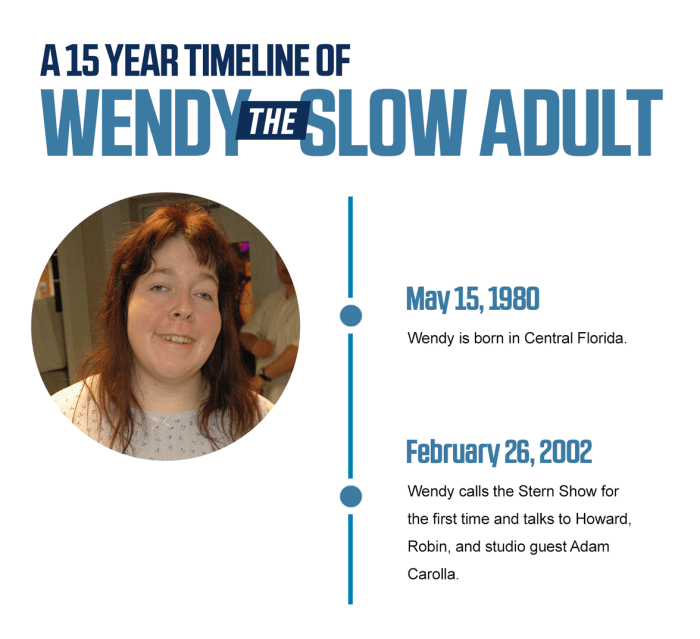 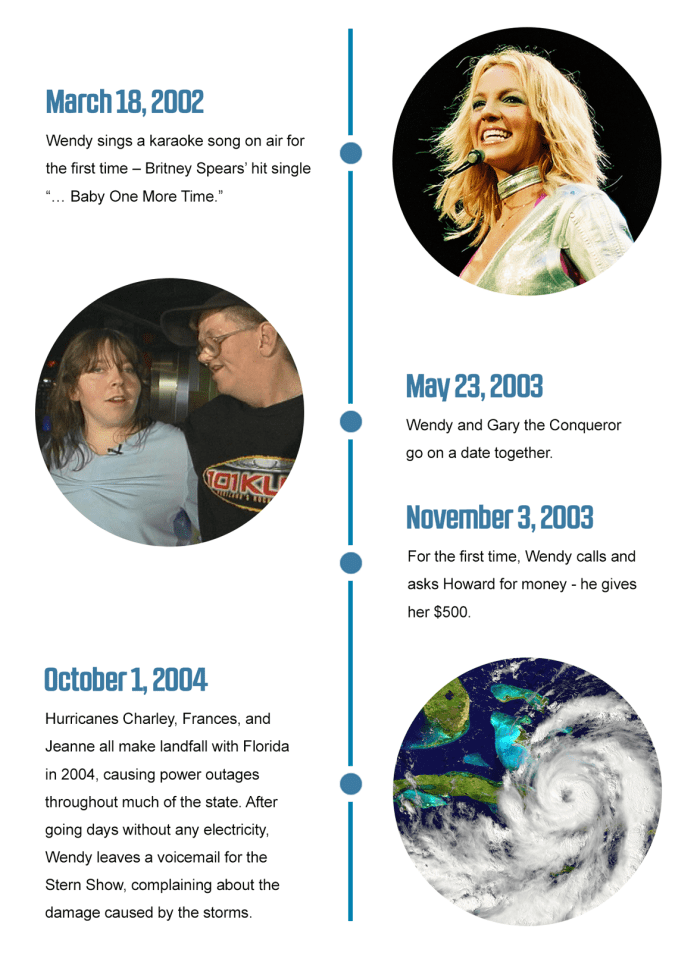 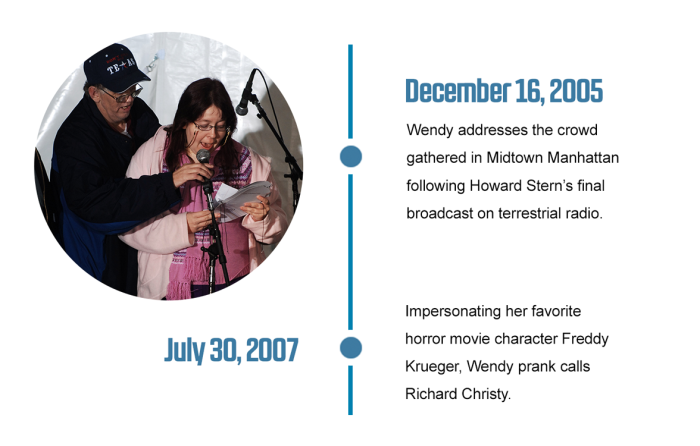 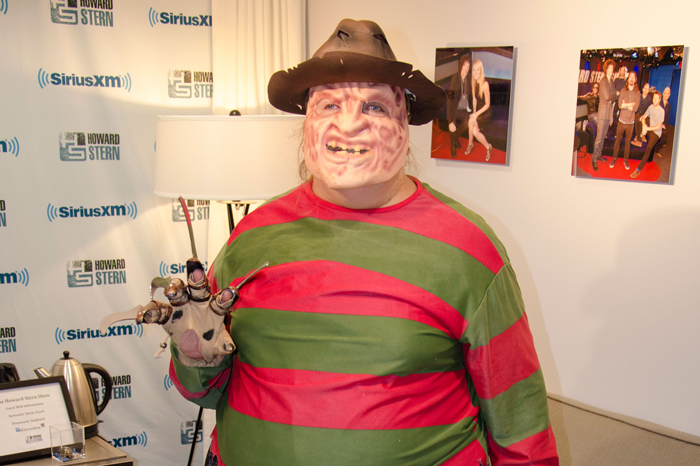 What Lance Armstrong Would Say If Confronted by an Angry Fan: ‘I Totally Understand and I’m Sorry’