Stern Show guest talks race, his new comedy special, and how he always knew something was up with Bill Cosby

The King of All Media was wearing the king of all turbans on Wednesday’s Stern Show to welcome his guest Nick Cannon back to the studio. Nick was, of course, wearing his own regular head wrap and got a good laugh at Howard’s oversized accessory.

Howard wondered why Nick started sporting a turban in the first place and if it bothered him that the trend hadn’t caught on in Hollywood.

“I didn’t do it as a fashion statement,” Nick explained. “It’s a spiritual thing. It’s a cultural thing.” After researching Moor and Sikh culture, Nick turned to the turban as a statement of empowerment. Whether or not people like it on his head doesn’t matter so much to him.

“When somebody wears it, it’s about strength,” he told Howard “You will get ridiculed, you will get talked about, and you embrace that and that shows your inner power.”

Nick has a new comedy special coming to Showtime called “Stand Up, Don’t Shoot Me.” Howard asked Cannon about how different his persona is up on stage doing his own act versus when he’s hosts “America’s Got Talent.” 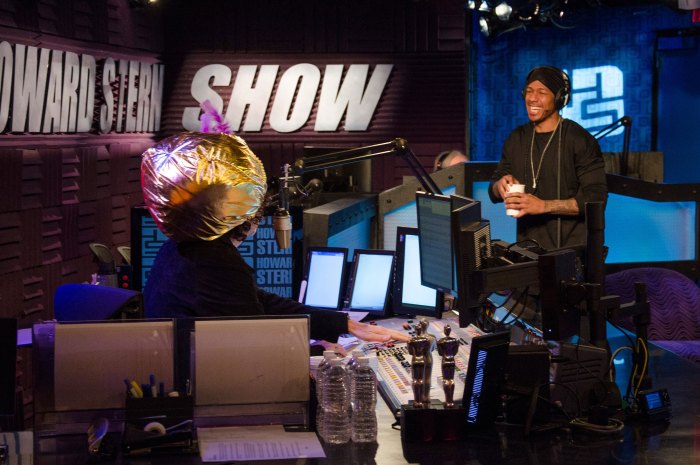 “You wish you could unleash the real Nick Cannon,” Howard said.

“We all do when there are boundaries,” Nick told him. Unlike on NBC, Nick can say whatever he wants in his comedy special, including the N-word. He’s never had a problem saying that word because he doesn’t consider it a pejorative nowadays.

“We give that word too much power,” he told Howard. “When you give it so much power, then it separates, and we’re trying to bring the divided states of America together.” 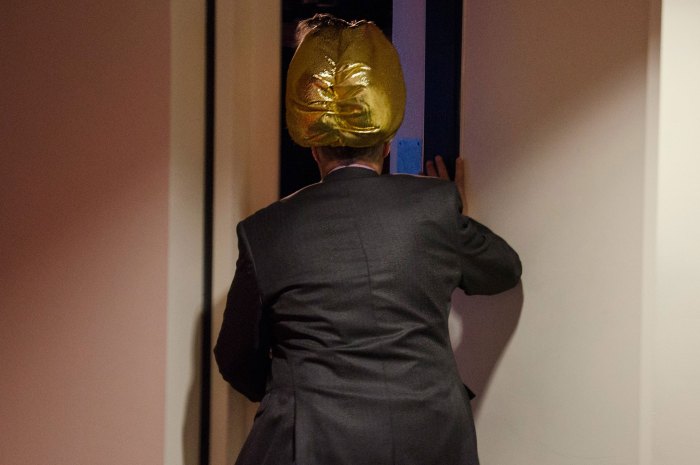 Nick is even cool with white people using the N-word, including Howard, so long as they say it with confidence and not say it in front of the wrong people.

“You might get your ass whooped but … use it with confidence,” Nick said.

In addition to race, Nick takes the Bill Cosby controversy head on in his special, asserting that there were plenty of signs the sweater-wearing comedian was up to no good.

“Fuck yeah, we knew there was something strange going on!” Nick said. “Think about Dr. Huxtable. What kind of doctor was he? A gynecologist. Where was his office? In his fucking basement!”

“This is why you might receive an award for this special,” Howard told Nick.