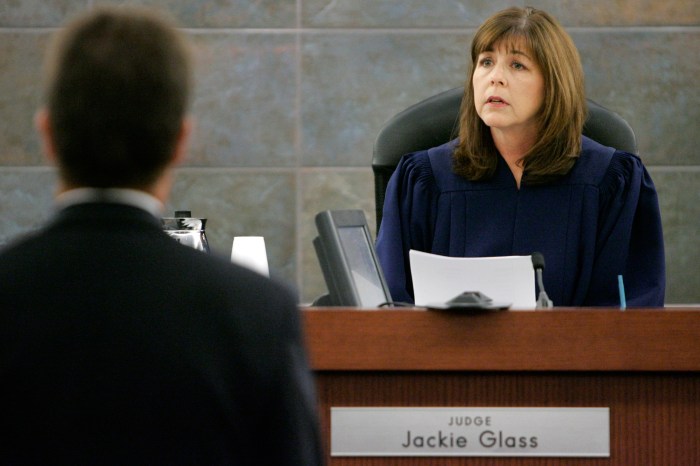 Judge Jackie Glass was listening when Howard and Robin were discussing news that O.J. Simpson could soon be released on parole. A longtime Stern Show fan, she’s also the one who handed down the 9 to 33-year prison sentence to the former pro athlete for his involvement in an armed robbery inside of a Las Vegas hotel. She emailed Howard and Robin to set the record straight about her 2008 ruling.

Although footage from Simpson’s robbery case that she presided over is featured in the Academy Award-winning documentary “O.J.: Made in America,” the former Nevada Eighth District Court/Clark County judge revealed in her email that she was never contacted by producers of the film and therefore was unable to refute theories that a guilty verdict was intentionally held off until the 13th anniversary of Simpson’s acquittal for the murders of Nicole Brown Simpson and Ronald Goldman.

“I did not delay the trial so that the verdict would occur on the anniversary of his acquittal,” Judge Glass told the Stern Show. “I would have given the producers of the ESPN series a comment about their payback theory but they never asked me.”

Simpson is currently serving time at the Lovelock Correctional Center in Nevada and awaits a parole hearing, likely to take place this summer. If the hearing goes well for him, he may be released from prison as soon as this October.