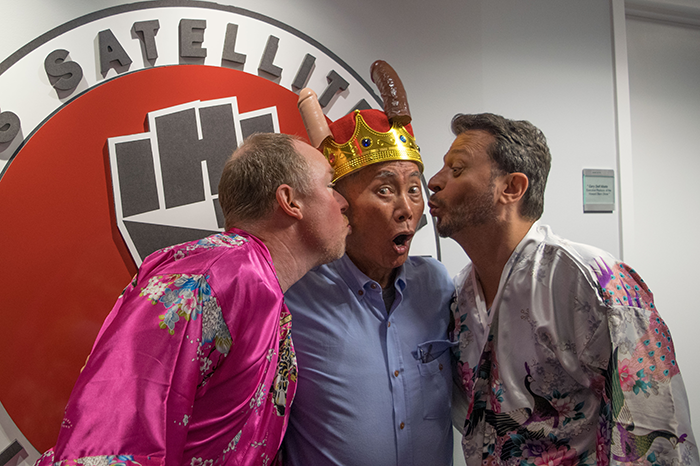 There was no way Stern Show staffers Richard Christy and Sal Governale weren’t going to get in on the fun for George Takei’s Big Gay 80th Birthday Bash. Their idea: have George judge which of them had the cuter asshole.

“I’ve seen those buns already,” George said as Richard and Sal entered and removed their kimonos. Spreading themselves wide, Richard and Sal told George to get up close and personal and take a good look. 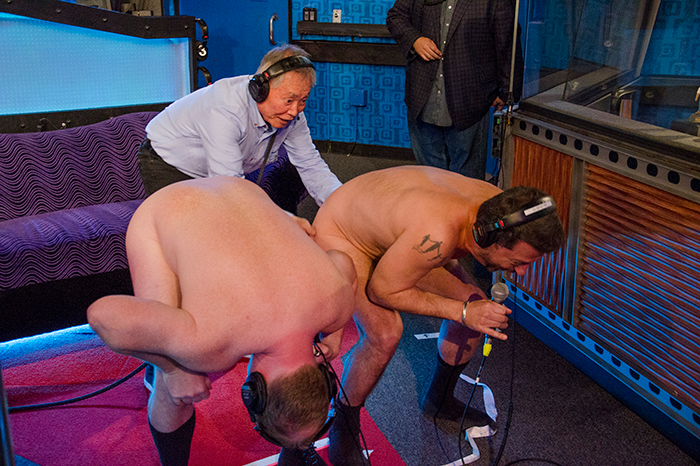 “George, who has the better ass?” Howard asked the birthday boy.

George selected Richard, but told Sal it was a tough choice. They then challenged him to judge their balls.

“They both hang quite nicely,” George said. “Yours swings a little bit more, Sal.”

Howard invited George to do some pushups over Richard’s naked body, since the soon-to-be octogenarian stays in shape by doing 100 pushups daily. Richard got on his back and George propped his feet on the arm of the Stern Show couch. He then lowered himself, head first, into Richard’s crotch. 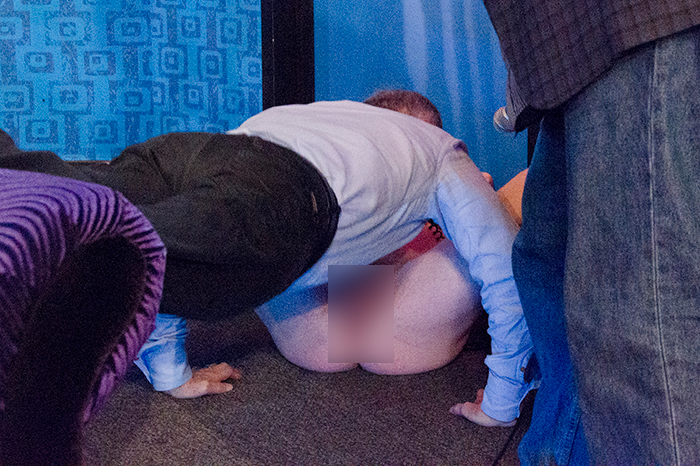 “I’m chubbing up a little,” Richard said through uncontrollable laughter. After 30 or so pushups, George finally came up for air, noticeably out of breath.

“He was motorboating his penis when he went down,” Jason Kaplan explained.

“That was gayer than I was thought it was going to be,” Howard joked.

“You guys were breathtaking,” George told Richard and Sal as they exited the studio. 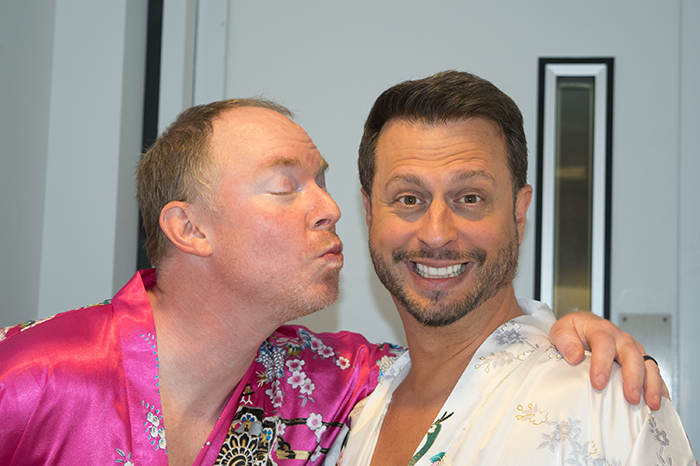