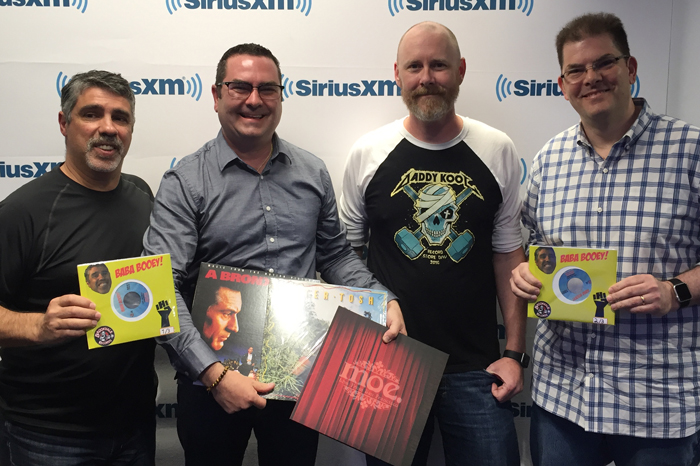 Stern Show executive producer Gary Dell’Abate has a brand new piece of vinyl for his already impressive collection, and this one has his face on it! The extremely limited-edition Baba Booey 45 was gifted to him on Friday’s Wrap Up Show by on-air guests Karl Groeger and Todd Oenbrink. The two were in studio to celebrate National Record Store Day, which kicks off Saturday around the country.

“One song on it here says Robin Thicke ‘Blurred Lines’ Booey version. And the other one says ‘The Simpsons’ theme song Booey version by Psych,” Karl explained as Gary laughed. Karl is the owner of Looney Tunes music store in West Babylon, NY and also runs his own label, Brookvale Records. “We thought it would be pretty cool to make up a Baba Booey limited-edition 45. Only three copies made,” Karl said.

“Those are awesome,” Gary told Karl. “I just want to say thank you. This was way better than my birthday celebration,” Gary joked, referring to the Stern Show celebration-turned-insult-fest that went down on the air in March. 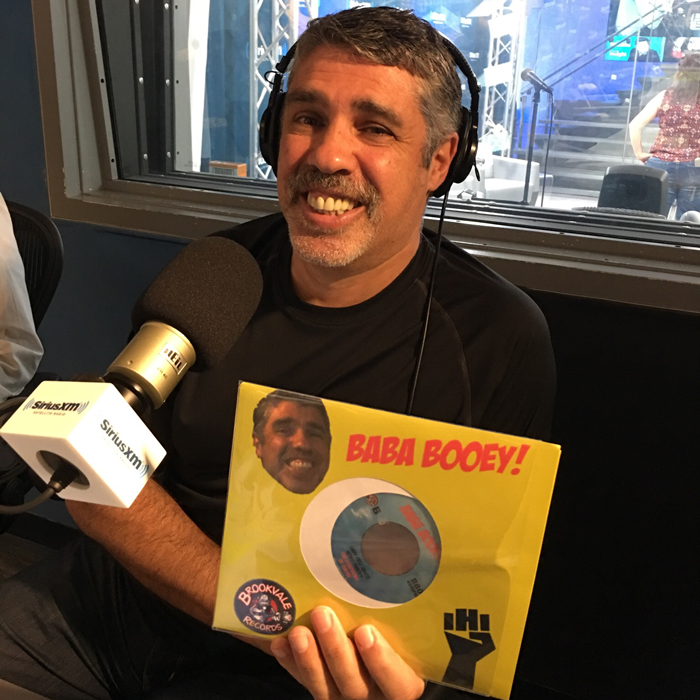 As a sales director for All Media Supply, Todd knows quite a bit about music on vinyl, but he wanted to put Gary to the test and see if he could remember any Stern Show stories to go along with some of the rare albums being released tomorrow. Check out a few of the artists mentioned along with Gary’s Stern Show memories (below).

On sale tomorrow is a Centennial collection triple LP boxset for the legendary blues singer. Gary remembered a CD box set of Johnson’s music that came out in either the late ’80s or the early ’90s and the influence that release had on Howard’s “Crucified by the FCC.”

“When we went to go do ‘Crucified by the FCC,’ I remember bringing that to the meeting and saying ‘Hey, this just came out. This might be a good way to package it,'” Gary said of Johnson’s CD box set. “And our packaging is based on that packaging.”

Jimmy Page and the Black Crowes – “Live at Jones Beach”

A true rarity, fans of both Page and the Black Crowes will be lucky to get their hands on this limited 10-inch marble, black, and white vinyl piece on Record Store Day. Gary remembered welcoming the boys from the Black Crowes on the Stern Show just as they were getting started as a band.

“The Black Crowes, we really were instrumental in getting them started. We had them on our show when nobody knew who they were,” Gary said. One such time happened as Howard was broadcasting live from the Grammys and had the Black Crowes on the air to perform live.

“They came around with an acoustic guitar and they did ‘Jealous Again,’ an acoustic version that we play all the time [still],” Gary said. 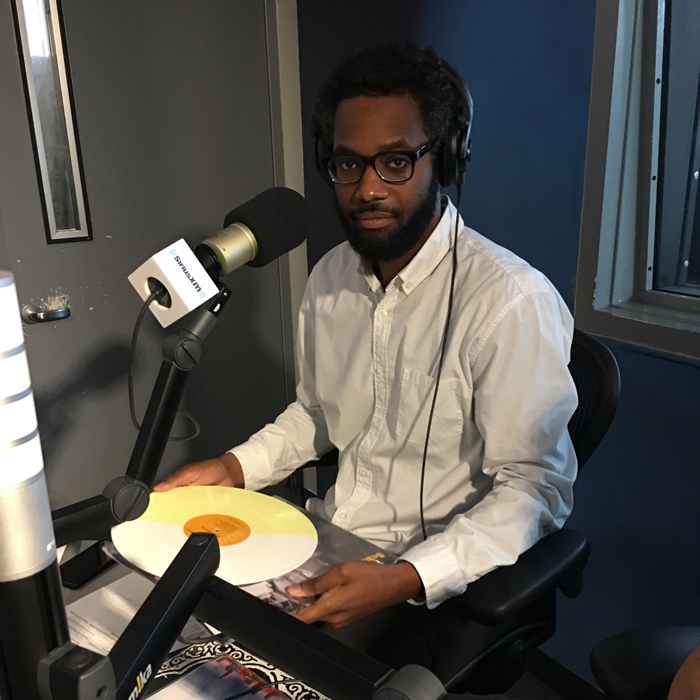 Rahsaan Rogers on the Wrap Up Show Photo: The Howard Stern Show

Howard has had Jane’s Addiction members Perry Farrell and Dave Navarro on the Stern Show several times over the years. A special 12-inch offering featuring their hit single “Been Caught Stealing” will go on sale tomorrow.

“Howard loves Jane’s Addiction and especially ‘Been Caught Stealing.’ Especially with the dogs barking,” Gary said. He also shared the story of how Perry allegedly came up with his stage name by searching the dictionary and landing on the word “peripheral.”