Unlike JD Harmeyer, John Cena Saved His Proposal for the Air at WrestleMania 33

Stern Show favorite Chelsea Handler sat down with Howard on Tuesday ahead of the Season 2 premiere of her Netflix series “Chelsea.” Their wide-ranging conversation focused heavily on Chelsea’s celebrity relationships—both romantic and platonic—including partying with the Hudson-Hawn family, crushing on Eddie Izzard, smuggling booze to the late “Brady Bunch” star Florence Henderson, and carrying on a clandestine relationship with an actor-comedian that Howard knows.

Sex, Dating Apps, and Eddie Izzard in a Dress 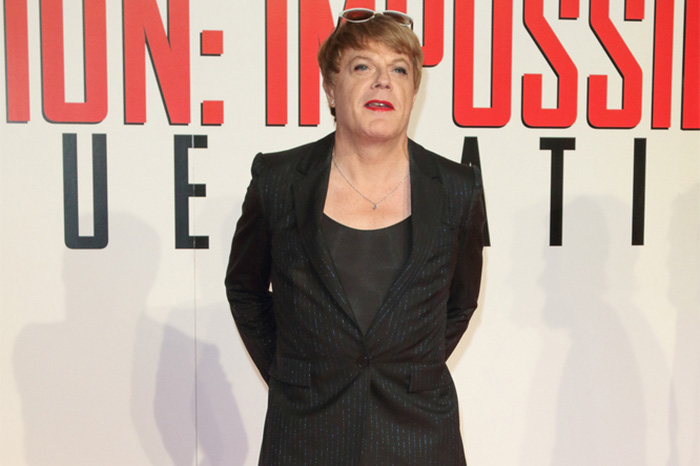 Chelsea told Howard she didn’t have any great sex stories since her last visit to the Stern Show. “I was nervous to come here,” she joked. “I don’t really have anything to report on that front.”

Howard wondered whether she was losing her sex drive.

“Maybe,” Chelsea said. “I work all the time—I’ve been filming for like four months, but that’s not really an excuse,” adding she’s “just not that interested” right now.

She did recently find herself crushing on British comedian Eddie Izzard, however, while interviewing him for her show. She said she was attracted to him but struggled to wrap her mind around the fact that he sometimes goes into “girl mode.”

It made her wonder if she could date someone “who’s trans,” she told Howard. “He’s so intelligent, I could be attracted to this guy.”

Later on that night Chelsea saw Eddie out and about dressed as a woman—in full on makeup, tight jeans, and red stilettos—and immediately realized she no longer felt a spark.

Chelsea has also been active on several dating apps, including Tinder and Raya. Raya has made headlines in the past for its exclusivity and celebrity membership and Chelsea confirmed the rumors about the app were true, explaining that members have to be referred as well as good looking or famous, and that she could probably get kicked off just for talking about it. “It’s like an industry kind of thing,” she said. “It’s a little gross. It’s a lot of photographers, a lot of male models, a lot of actors, actresses.”

While Chelsea said she met some hot guys on the app, she was turned off by the profiles they were forced to make, which include setting a picture montage of themselves to music. 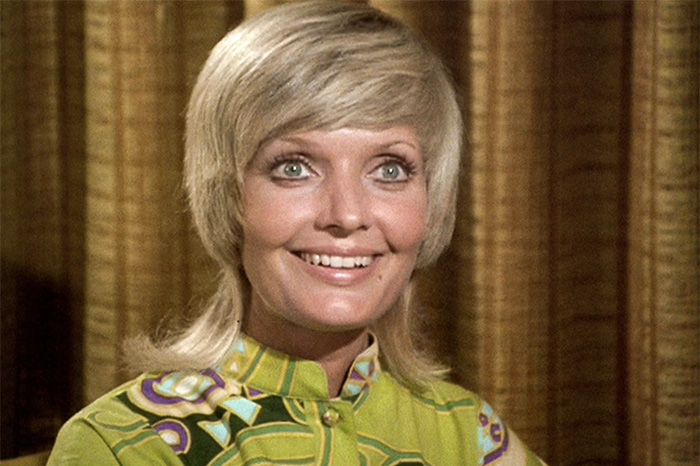 Chelsea’s reputation for having a good time sometimes proceeds her, but that’s not always a bad thing as she explained while recounting a recent run-in with “Brady Bunch” matron Florence Henderson, who passed away in November.

Chelsea said she met Florence backstage at a TV event in Los Angeles and Florence immediately wanted to get boozy. “She was funny. She was like, ‘So, what are we going to do about alcohol?'” Chelsea told Howard.

She said Florence not only encouraged her to procure booze for them but also asked Chelsea to smuggle it into the theater where the event was taking place. Thankfully, Chelsea had a stash of vodka on hand. “Everyone was getting an award and she was like, ‘When the fuck are we getting out of here and what are we doing afterward?” Chelsea recounted.

So, how crazy did her night with Mrs. Brady get? “We had a couple of cocktails, but we didn’t like go get an eight-ball.” Chelsea said. 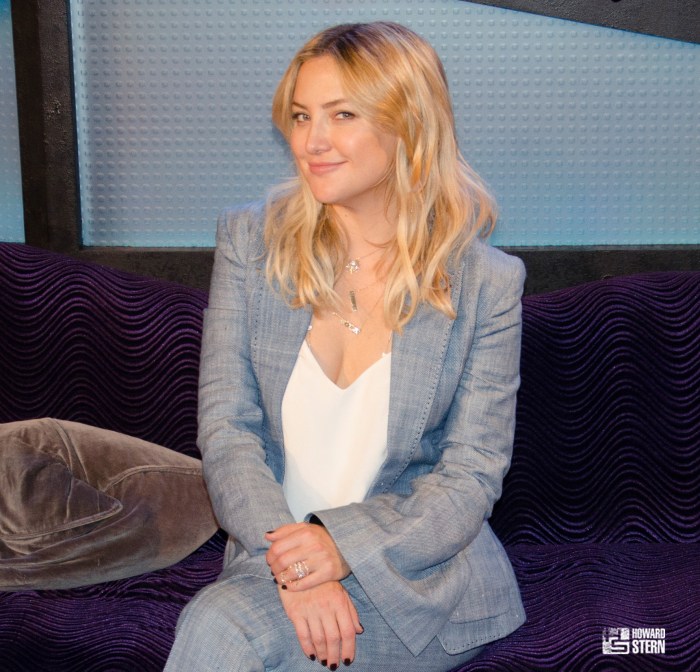 Robin and Howard joked about Chelsea’s ever-evolving “rotation” of famous friends, which has included everyone from Lena Dunham to Whitney Cummings to Jennifer Aniston in recent years.

“If you really piss me off, I get pissed off,” she continued. “If you really lie to me or you lie about me, I can’t take that. … I’m a really good friend and I expect the same in return.”

Chelsea told Howard she spent New Year’s Eve in Aspen, Colo., with recent Stern Show guest Kate Hudson and her famous parents, Kurt Russell and Goldie Hawn. “I’ve known Kate for years,” Chelsea said, adding “I fucking love her mom … I could sit there and listen to her talk all night.”

Chelsea partied for several days at their family cabin and said they were so nice that they even gave her a ride home in the middle of the night after she had been partying. “Kurt and Goldie drove me home and they were like, ‘Chelsea, we just want you to know we wish you were part of our family,'” she recounted. “I was like, ‘You know what, that’s all I really ever wanted to hear from the two of you. My work here is done.'”

‘Drunken Escapades’ With a Mystery Celebrity

Towards the end of the interview Howard invited Chelsea to tell him and Stern Show listeners something they didn’t know, so she dropped a bombshell wrapped in an enigma: She had somewhat recently enjoyed a covert fling with a famous actor-comedian that Howard knows.

Well, first she insisted celebrity men don’t hit on her. “They don’t fucking hit on me,” she said. “Celebrity men think I’m going to go on to [the Stern Show] and talk about them … I am known to do that, so I don’t blame them.”

But then she kept going: “I did have sex with a celebrity, like, a year or two ago that you would be interested in, but I cant talk about him,” Chelsea told Howard, adding “he’s a comedian and a movie actor.”

She said they slept together five or six times and even gave Howard some clues to his identity: He isn’t shorter than her, he might be a little less famous than her, he isn’t married, and that he isn’t black. She also said they had “great sex,” that it was “really fun.”

Howard wondered if they had fallen in love.

“No. It was kind of drunken escapades,” she said. “I would definitely be open to more, but I don’t remember what happened … It was a geographical thing.”

“We’re still friends; we’re doing something together in a few weeks professionally,” she continued.

“Maybe we will,” Chelsea said, adding “I think this is a great note to close on.”

Listen to the conversation (below):

“Chelsea” returns for Season 2 on April 14 on Netflix.