A David Hasselhoff cruise, a Led Zeppelin tribute, plus a visit from “Brockmire” star Hank Azaria 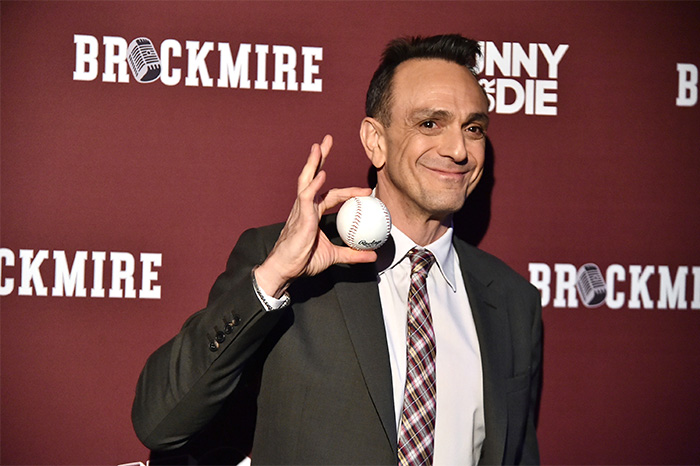 On Monday, Fred kicked off the show with Grand Funk Railroad’s “I’m Your Captain (Closer to Home)” and Vocal Fry Lady gave us a rendition of “The Great American Nightmare.” Next, Underdog announced Monday’s guest—Hank Azaria, the longtime “Simpsons” performer and star of “Brockmire,” premiering Wednesday, April 5 on IFC.

Howard then spoke about getting into NBC’s “This Is Us,” which he said had turned him into a Mandy Moore fan. Robin, for her part, said the show isn’t her cup of tea.

Howard and Robin also discussed some news about a David Hasselhoff World Fan Cruise, which apparently anyone can go on to Hassle the Hoff in person—and for the low price of €599 (approximately $748 dollars).

In addition to spending time on a boat with the actor, musician, European icon, and past Stern Show guest, participants will get the opportunity to screen his reality TV show during the cruise’s “Movie Night.”

“As a bonus, if you want, after the cruise you can take him home with you to live in your house,” Howard joked.

Check out the promotional video for the trip:

Next, Howard discussed a YouTube video he had recently watched, featuring Heart’s Ann and Nancy Wilson paying tribute to Led Zeppelin in 2012 at the Kennedy Center (alongside late-night talk show legend David Letterman). Howard greatly enjoyed the video and was in disbelief that only two million other people have watched it.

Howard also said he was impressed by the choir that ascended from the bowels of the Kennedy Center during Heart’s performance. He told Robin that he and his musical sidekick Fred Norris might do something similar when they finally perform the song they’re in the process of writing.

Listen to the conversation (below):