And John Oates has offered to help out 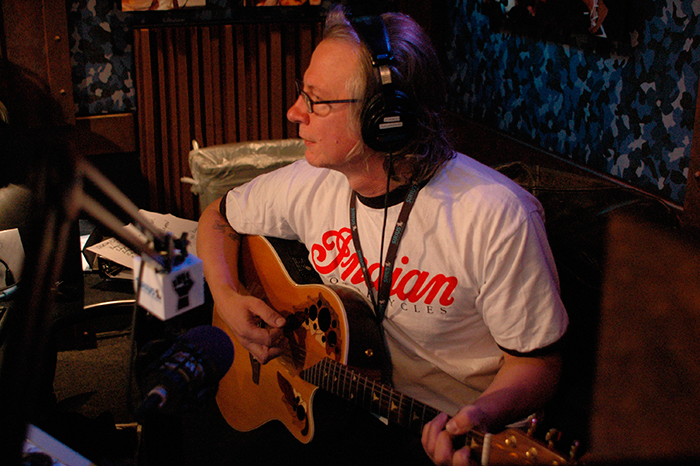 Howard Stern and his musical sidekick Fred Norris are in the process of writing a hit song—or at least trying. Norris, an accomplished musician in his own right was tasked by the King of All Media with penning a tune in the vein of Tone Lōc’s “Funky Cold Medina” so that Howard could lay down a vocal track.

Howard is no slouch in the songwriting department either, having penned the cult hit “Silver Nickels and Golden Dimes,” which has been covered by renowned artists like Jewel, Gwar, and William Shatner, among others.

While the new song is still in development, it has shown some early promise. “Fred sent me the song in an email … and it was pretty good actually,” Howard told Robin Wednesday morning.

The only problem was that when Howard sat down to write his lyrics on Tuesday, “nothing was happening.” He became so stalled that he was even jealous of Beetlejuice who seems to be “so free” when it comes to songwriting.

Stern Show Executive producer Gary Dell’Abate said that during his Wrap Up Show appearance, John Oates (of Hall & Oates) told him that, if Howard simply came up with a song title, he could make the song with him in 30 minutes. Howard was intrigued and contemplated leaving Fred for John, but in the end decided he’d probably stay faithful to his longtime collaborator.