There may soon be enough versions for a full tribute album 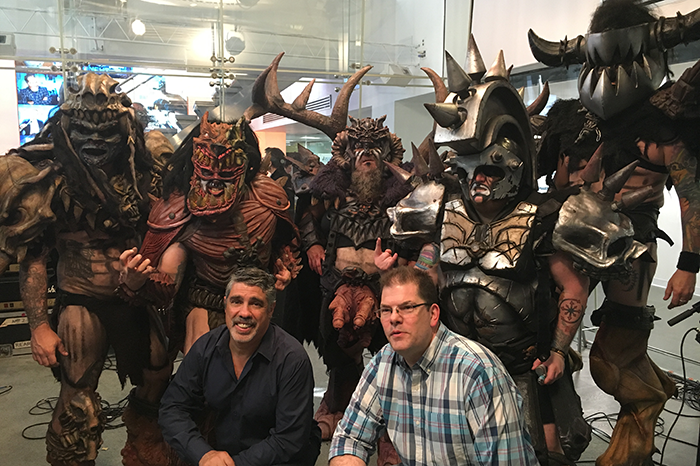 Gwar stopped by the Wrap Up Show on Monday to perform a Halloween rendition of Howard’s original song, “Silver Nickels and Golden Dimes.”

“They remade my song that I wrote in the sixth grade,” Howard told listeners. “I’m very honored, by the way, that anybody records my song, but I have to say, they took a lot of liberties with the song,” he continued, initially thinking the band changed up the lyrics. But it soon became clear that while stylistically the form was a bit different, Gwar brought “Silver Nickels and Golden Dimes” into focus with a strong close (as well as the signature intro).

In the past “Silver Nickels and Golden Dimes” has also been covered by Jewel who did a sultry performance at Howard’s 2014 Birthday Bash as well as William Shatner who recorded what is widely considered the best rendition to have sex to, Howard reminded listeners Monday.

Stern Show Executive Producer Gary Dell’Abate wondered if there may even be enough versions for a tribute album soon. Speaking of Gary, check out a close-up of that photo of him with Wrap Up Show co-host Jon Hein with Gwar below …